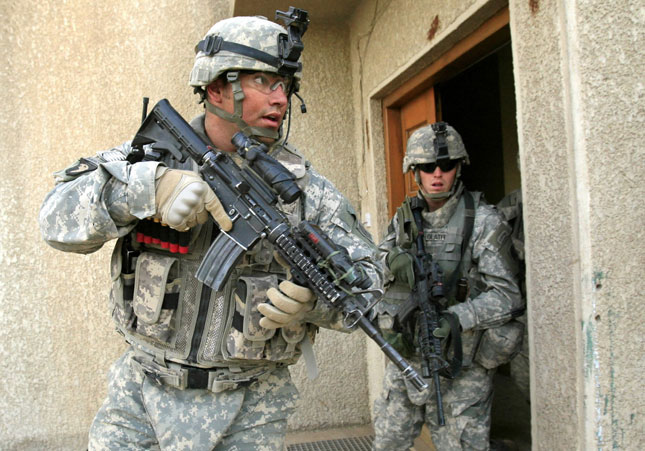 POWERFUL STORY: Read this shocking account of how U.S. Iraq War veterans had their 9/11 patriotism crushed & replaced with something far more alarming…

How do you Americans as a people walk around head held high, knowing that every few months your country is committing a 9/11 size atrocity to other people. Imagine if the 9/11 terror attacks were happening in america every few months. Again and again, innocent people dying all around you. Your brothers and sisters. For no reason.

“Many of us are unable. Many of us watched 9/11, and accepted the government and media’s definition of the attack as a act of war rather than a criminal action. A smaller portion, drifting along passively thought a major war was coming, that people we knew were going to fight and die. Some of us maybe worried about our younger brother being drafted, despite being in college. Now, it seems stupid, but in the 72 hours after 9/11, some Americans, maybe suffering from depression, certainly with a mind shaped by comic books and action movies, ate up the “us vs. them” good vs. evil rhetoric spouted by the cowboy in chief. After all, he was the president, and no matter how bright you might think yourself, you can still be swayed by passion and emotion, led to terrible decisions.

Some of us, therefore, left our dorm rooms, and walked down Main Street to the recruiter’s office. Some of us were genuinely surprised the office wasn’t full to bursting of young men eager to avenge their fallen countrymen. Some of us were genuinely surprised when we had to push the recruiter to stop trying to sell desk jobs and just let us join the damn Infantry.

Some of us got enlisted, then, and went down to Georgia, head high to mask the anxiety and fear they might have helped. Perhaps some number of Americans in this situation discovered that maybe it hadn’t been the best idea, but would be goddamned if they were going to admit it, and let everyone back home smuggly remark on how right they were.

So they persevere. They learn to work as a unit, to look past personality issues, to see each other as Soldiers rather than as a race, or economic status, or any of the other things people hate about each other.

They learn to kill.