Shocking new research reveals that a specific type of lung cancer many smokers develop comes from tiny tears in their lung tissue caused by microscopic glass fibers, also known as glass wool, found in many conventional cigarette filters. These rips in the epithelial (soft) tissue fuel the development of tumors and cancerous cells due to the constant overload of toxins, namely pesticides, nicotine and ammonia, contained in commercial cigarette smoke.
Thanks to absolutely no regulations regarding the ingredients used for manufacturing cigarettes, smokers are susceptible to multiple forms of lung disease. 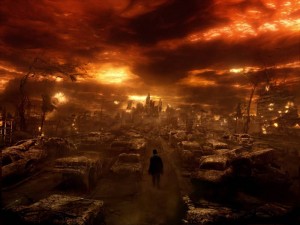 Misdirected environmentalism continues to paint humanity as the enemy of itself simply through the natural exhalation of carbon dioxide.  However, there are many other more demonstrable ways indicating that humanity is not heading toward a flourishing, healthy future.

Unless we can elevate our mindset to how we can more properly utilize our technological evolution instead of permit developments that threaten our survival whether mistaken or intended, we will continue careening down a very destructive current path. 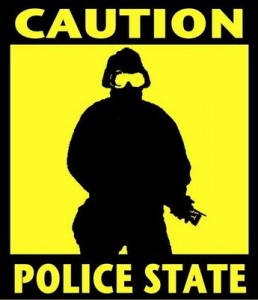 ECHELON, a technologically advanced interception system, was designed to extract massive amounts of data indiscriminately. A covert system of interception facilities was built to spy on the world’s satellites, international telecommunication, and radio communications.

Corporations like Microsoft, Apple, Google and Facebook have given their information over to the DHS and NSA while claiming they are not. Local law enforcement has been working with cellular phone corporations to survey citizens without cause or warrant.

These are the calling cards of a police state even Orwell could not have imagined.

And we are experiencing this reality now . . . with no end in sight 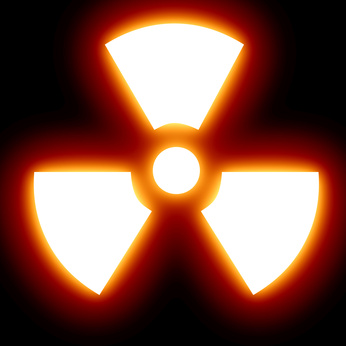 A new report circulating in the Kremlin today prepared by the Foreign Ministry on the planned re-opening of talks with Japan over the disputed Kuril Islands during the next fortnight states that Russian diplomats were “stunned” after being told by their Japanese counterparts that upwards of 40 million of their peoples were in “extreme danger” of life threatening radiation poisoning and could very well likely be faced with forced evacuations away from their countries eastern most located cities… including the world’s largest one, Tokyo.

The Kuril Islands are located in Russia’s Sakhalin Oblast region and stretch approximately 1,300 km (810 miles) northeast from Hokkaido-, Japan, to Kamchatka, Russia, separating the Sea of Okhotsk from the North Pacific Ocean. There are 56 islands and many more minor rocks. It consists of Greater Kuril Ridge and Lesser Kuril Ridge, all of which were captured by Soviet Forces in the closing days of World War II from the Japanese.

The “extreme danger” facing tens of millions of the Japanese peoples is the result of the Fukushima Daiichi Nuclear Disaster that was a series of equipment failures, nuclear meltdowns, and releases of radioactive materials at the Fukushima I Nuclear Power Plant, following the To-hoku earthquake and tsunami on 11 March 2011.

According to this report, Japanese diplomats have signaled to their Russian counterparts that the returning of the Kuril Islands to Japan is “critical” as they have no other place to resettle so many people that would, in essence, become the largest migration of human beings since the 1930’s when Soviet leader Stalin forced tens of millions to resettle Russia’s far eastern regions.

Important to note, this report continues, are that Japanese diplomats told their Russian counterparts that they were, also, “seriously considering” an offer by China to relocate tens of millions of their citizens to the Chinese mainland to inhabit what are called the “ghost cities,” built for reasons still unknown and described, in part, by London’s Daily Mail News Service in their 18 December 2010 article titled: “The Ghost Towns Of China: Amazing Satellite Images Show Cities Meant To Be Home To Millions Lying Deserted” that says:

“These amazing satellite images show sprawling cities built in remote parts of China that have been left completely abandoned, sometimes years after their construction. Elaborate public buildings and open spaces are completely unused, with the exception of a few government vehicles near communist authority offices. Some estimates put the number of empty homes at as many as 64 million, with up to 20 new cities being built every year in the country’s vast swathes of free land.”

Foreign Ministry experts in this report note that should Japan accept China’s offer, the combined power of these two Asian peoples would make them the largest super-power in human history with an economy larger than that of the United States and European Union combined and able to field a combined military force of over 200 million.

To how dire the situation is in Japan was recently articulated by Japanese diplomat Akio Matsumura who warned that the disaster at the Fukushima nuclear plant may ultimately turn into an event capable of extinguishing all life on Earth.

According to the Prison Planet News Service:

“Matsumura posted [this] startling entry on his blog following a statement made by Japan’s former ambassador to Switzerland, Mitsuhei Murata, on the situation at Fukushima.

Speaking at a public hearing of the Budgetary Committee of the House of Councilors on 22 March 2012, Murata warned that “if the crippled building of reactor unit 4 – with 1,535 fuel rods in the spent fuel pool 100 feet (30 meters) above the ground – collapses, not only will it cause a shutdown of all six reactors but will also affect the common spent fuel pool containing 6,375 fuel rods, located some 50 meters from reactor 4,” writes Matsumura.

In both cases the radioactive rods are not protected by a containment vessel; dangerously, they are open to the air. This would certainly cause a global catastrophe like we have never before experienced. He stressed that the responsibility of Japan to the rest of the world is immeasurable. Such a catastrophe would affect us all for centuries. Ambassador Murata informed us that the total numbers of the spent fuel rods at the Fukushima Daiichi site excluding the rods in the pressure vessel is 11,421.”

Disturbingly, the desperate situation facing Japan is, also, facing the United States as Russian military observers overflying the US this week as part of the Open Skies Treaty are reporting “unprecedented” amounts of radiation in the Western regions of that country, a finding that was further confirmed by scientists with the Woods Hole Oceanographic Institute who have confirmed that a wave of highly radioactive waste is headed directly for the US west coast.

Important to note is that this new wave of Fukushima radiation headed towards the US is in addition to earlier radiation events that American scientists are now blaming for radioactive particles from Japan being detected in California kelp.

Though the news of this ongoing global catastrophe is still being heavily censored in the US, the same cannot be said about Japan, and as recently reported by the leading Japanese newspaper The Mainichi Daily News that reports:

“One of the biggest issues that we face is the possibility that the spent nuclear fuel pool of the No. 4 reactor at the stricken Fukushima No. 1 Nuclear Power Plant will collapse. This is something that experts from both within and outside Japan have pointed out since the massive quake struck. TEPCO, meanwhile, says that the situation is under control. However, not only independent experts, but also sources within the government say that it’s a grave concern.

The storage pool in the No. 4 reactor building has a total of 1,535 fuel rods, or 460 tons of nuclear fuel, in it. The 7-story building itself has suffered great damage, with the storage pool barely intact on the building’s third and fourth floors. The roof has been blown away. If the storage pool breaks and runs dry, the nuclear fuel inside will overheat and explode, causing a massive amount of radioactive substances to spread over a wide area. Both the U.S. Nuclear Regulatory Commission (NRC) and French nuclear energy company Areva have warned about this risk.

A report released in February by the Independent Investigation Commission on the Fukushima Daiichi Nuclear Accident stated that the storage pool of the plant’s No. 4 reactor has clearly been shown to be “the weakest link” in the parallel, chain-reaction crises of the nuclear disaster. The worse-case scenario drawn up by the government includes not only the collapse of the No. 4 reactor pool, but the disintegration of spent fuel rods from all the plant’s other reactors. If this were to happen, residents in the Tokyo metropolitan area would be forced to evacuate.”

Even though this crisis in Japan has been described as “a nuclear war without a war” and the US Military is being reported is now stocking up on massive amounts of anti-radiation pills in preparation for nuclear fallout, there remains no evidence at all the ordinary peoples are being warned about this danger in any way whatsoever.