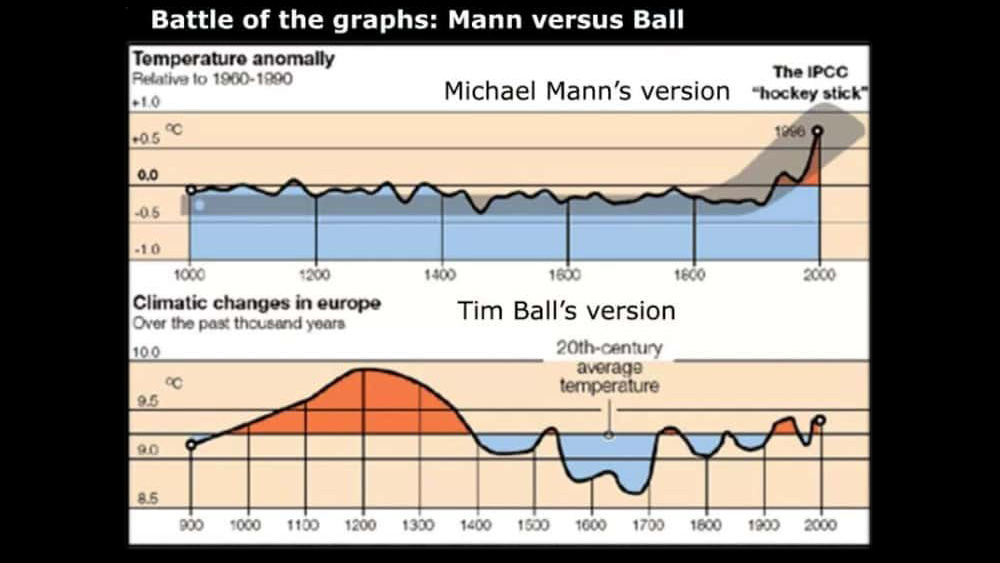 For the past two decades, much of the hysteria about global warming — later re-labeled “climate change” — has been based on the so-called “hockey stick” graph produced by Michael Mann. The graph, shown below, has been used by the IPCC, the media and governments to push global warming hysteria to the point of mass mental illness, where Democrat presidential candidates claim humanity only has 12 years remaining before a climate apocalypse will somehow destroy the planet.

Michael Mann didn’t like being called a fraud by his critics, so he sued them for defamation. And late last week, one of those lawsuits was concluded by the Supreme Court of British Columbia, Canada, which threw out Mann’s lawsuit against Dr. Tim Ball. But there’s more. According to Principia-Scientific:

Not only did the court grant Ball’s application for dismissal of the nine-year, multi-million dollar lawsuit, it also took the additional step of awarding full legal costs to Ball. A detailed public statement from the world-renowned skeptical climatologist is expected in due course.

This extraordinary outcome is expected to trigger severe legal repercussions for Dr Mann in the U.S. and may prove fatal to climate science claims that modern temperatures are “unprecedented.”