Preparing for the inevitable collapse of society as we know it can be a daunting task, particularly when it means forking over wads of cash to purchase expensive preparedness supplies in the midst of a flailing economy. But Brandon Smith from Alt-Market.com has put together a helpful piece entitled The Poor Man’s Guide to Survival Gear that we think might be useful in helping our readers to make informed, rational, and frugal preparedness purchasing decisions.

With so many companies and stores now selling preparedness supplies — heck, even warehouse wholesaler Costco now sells an emergency food kit — it can be confusing to sort through and discern which supplies are actually useful, and which ones are just overpriced, fear-based hype. To help simplify this process, consider the following useful tips:

A “bug-out” bag, complete with warm, weatherproof, and water-resistant clothing is an absolute must for any preparedness situation. But these items can be costly if you do not know what to look for, and where to look for it. Smith recommends buying military surplus goods like an Alice Pack (http://www.google.com), for instance, which is a far cheaper bug-out bag than, say, a designer hiking backpack you might find at a place like REI.

Along the same lines, Smith recommends frequenting military surplus stores and suppliers for other necessary goods like waterproof jackets, winter coats, combat boots, and knives. These items can often be found used for a fraction of their original price, and even when new, they are typically far less expensive than similar items found at sporting goods stores and online preparedness websites.

Generating energy for heat and cooking during a crisis is tricky, especially when sources of liquid fuel are in short supply. This is why Smith recommends buying a wood-burning stove like the M-1941 Military Tent Stove. Unless you can afford to invest in solar energy production systems and battery backup generators, wood-burning stoves are a great alternative that will allow you a virtually unlimited supply of free energy for generating heat.

But even solar panels are less expensive than most people probably think they are, as advances in solar technology and more widespread use has led to a continuing decline in production costs, which means less expensive products for consumers. Smith recommends purchasing a 180-watt solar panel, a deep-cycle battery, a charge controller, and an inverter. Such systems can be purchased in a kit for as little as $600, and are capable of fully powering necessary appliances in the event of a crisis. 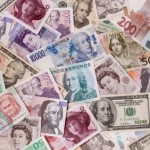 As long and as hard as some nations have fought through the years to achieve and maintain independence, it’s mind-boggling to think they would ever voluntarily surrender that sovereignty. And yet, many seem willing to do just that, according to newly exposed international trade rules that would give transnational corporations the kind of rights once reserved only for governments. 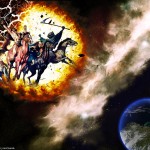 Sense those hooves pounding around the world?

Little surprise that these four bedfellows have in their reins the fate of humanity, even life on Earth. Profit and conquest are all that matter; there is no such thing as enough, only, more.

It never really happened, the Top News Story of 2011. Seems that would annihilate any residual credibility mainstream corporate media (CorpoMedia) hadn’t washed off…but, perhaps too many Americans are determined to swallow, even digest, the News.

News consumers apparently believe: There has to be some kind of law. Especially about, like, TV news. You can’t just tell big fat whopping lies to kind of like control people, or something. You know, there must be a law. What about the Constitution?

We’ve seen this happen on social media as well. Someone puts out some sort of fake news then hypes it up with The Marketing Heaven, a sellout marketing company who provides views, likes or whatever. Then, before anyone knows any better, we are talking about some information that is completely fictional.

News is a product concocted not to inform, but conform. News is perception management lorded over by a few monster corporations, in conjunction with the Federal Government, Inc. Fox News is a leader in nano credibility, but their record is not clean. They actually broadcast some dirty truth back in 2001, day after Christmas. The headline on their website offered, Report: Bin Laden Already Dead.

Fox references a source who said, after claiming to have seen bin Laden’s face before burial, “He looked pale…but calm, relaxed and confident.”

Other sources essentially said, in a variety of other ways, that bin Laden looked dead.

Indeed, in his final months, closing out 2001, he looked increasingly like a patient requiring frequent dialysis; medical professionals refer to it as looking “frosted”.

Virtually all CorpoMedia spigots gushed about bin Laden dying when he died, even pretty much how, and why, he died.

But, lo, News tells us he pulled out of it, regaining robust health and even reversing the aging process for ten years, only to have his fate sealed by a team of Navy SEALs. Who could forget the rapture, shock and awe…the total engagement of the president and members of his cabinet as they watched a live video feed of “the killing of bin Laden”? Hillary Clinton was so engaged her hand got stuck to her mouth.

Whoops…. The White House was forced to admit there was no live video feed. So what were they watching in that situation room, American Idol?

Ultimately, most every aspect of their “We got bin Laden!” production has been repeatedly altered, re-altered, washed, hung out to dry. The infamous “death photos” were washed and buried, too phony even for the spin cycle.

Whatever was sealed by those Navy SEALs had nothing to do with bin Laden’s fate. Considering the credibility of CorpoMedia News, it should not be ruled out that, when the political table is set just right, “killing of bin Laden” will be served up, again.

Consider events that did occur in 2011.

Fukushima…earthquake and tsunami triggering a spewing, ticking time bomb of radiation with immeasurable death potential. “Spent” fuel rod assemblies are so intensely radioactive that if you get close enough to see individual rods, and are not shielded, you are dead. Keeping spent fuel rods from catching fire and belching massive radiation plumes is costly; the severely-damaged reactor number 4 building contains nearly 2,000 of them in a pool teetering 100 feet high. Many thousands of them are stored at Fukushima in pools somewhat less precarious. Dry cask storage is safer. Problem is, safety tends to pinch profits.

Melted reactor cores are another part of the megadeath lurking at Fukushima. But more radiation sweeping death across the entire Northern hemisphere…just not as Newsworthy as the “killing” of someone already dead ten years.

That’s the way the News goes.

“Occupy Wall Street”…the Occupy movement, another Top Story that CorpoMedia News creatures voted against as Number One. “Lazy hippies, bad hygiene, troublemakers primed for violence, no work ethic, no leadership, no message…move along, nothing to see here….”

Perhaps the most important aspect of News is how clearly it demonstrates what utter contempt American “leaders” have for American followers. News creatures obviously don’t even care about propaganda they have employed in the past, it’s done and gone. Perception managers know that every day is a new (News) day.