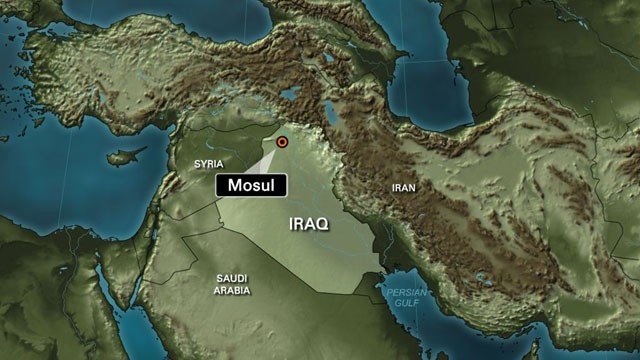 US-led terror-bombing along with Iraqi ground forces are systematically destroying the city, not liberating it as claimed. Western media scoundrels and international NGOs are ignoring a humanitarian disaster far worse than what affected East Aleppo.

Media scoundrels misportrayed heroic efforts as aggression. Big Lies substituted for hard truths. Liberating Aleppo was a glorious triumph, one Syrians will long remember and commemorate, grateful to Russia for its vital help.

Last fall through December, John Kerry and other US officials disgracefully accused Russia and Syria of war crimes, ignoring horrendous ones committed by US forces in all its war theaters – by terror-bombing, special forces and other combat troops on the ground, along with terrorist fighters recruited as imperial foot soldiers.

Last month, Sergey Lavrov “remind(ed) (his) Western counterparts about…the humanitarian” disaster in Mosul – “much worse than it was in eastern Aleppo,” he stressed, yet getting little or no Western media attention.

“People are running out of food. And the most terrifying thing is that no one knows what is to be further. The situation is on the verge of a humanitarian catastrophe.”

US-led Western nations are “out of touch with reality,” she added. Escalating ground fighting and US-led terror-bombing made things much worse.

Before its capture by US-supported ISIS fighters in mid-2014, Mosul had around 2.5 million residents. Less than one million remain, held hostage by terrorists.

Routes to the city were cut off months ago. Residents lack access to food, potable water, medical care and electricity. Conditions are dire.

During the battle for Aleppo, Russia and Syria made heroic efforts to supply humanitarian aid to trapped residents.

America, its rogue allies and the UN supplied nothing – nor are they aiding Mosul residents in need.