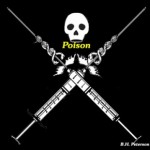 An unlicensed vaccine being quietly shipped into the U.K. from the Czech Republic is sparking controversy as it may be linked to causing severe allergic reactions. Medi-Mumps, a single mumps vaccine cultured from dog kidney cells, is being touted by some as an alternative to the controversial combination measles, mumps and rubella (MMR) vaccine, but others have major concerns about both its source and its potential for triggering severe canine allergies.

Christina England from VacTruth.com reports that Medi-Mumps will be available in private U.K. health clinics beginning in June, and that it is intended for children that are allergic to eggs — many vaccines are produced using eggs cultures — and for children whose parents are opposed to MMR. Though not officially approved for use, Medi-Mumps will be an option for parents who request it as part of a single vaccine regimen of immunization.

But children with dog allergies will still have to steer clear of the Medi-Mumps vaccine, which could trigger the same type of severe allergic reactions that a typical egg-cultured vaccine sometimes triggers in children with egg allergies. In fact, based on egg-cultured vaccines’ reputation of potentially triggering new egg allergies, it is likely that the dog-based vaccine will also trigger new canine allergies in some children.