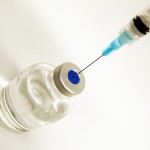 (NaturalNews) When it comes to vaccine efficacy and safety,

the vaccine industry, CDC, and other medical establishment authorities close their eyes and lie so often it sticks as reality to the mainstream media and gets to the masses. One only needs to look at the criminality of major vaccine pushers to begin questioning the vaccine industry’s veracity. Some of them have actually been indicted or reprimanded for fraudulent activity.

Meanwhile, the vaccine industry’s slanderous lies about an honest pediatrician, Dr. Andrew Wakefield, and his research continue to influence the public.

Dr. Poul Thorsen and Dr. Paul Offit are in the forefront of the fraudulent propaganda campaigns to blind parents of vaccinated children from the truth. Thorsen is more the behind the scenes institutional manipulator, while Offit, the Philadelphia Children’s Hospital’s chief pediatrician, is a publicly outspoken proponent of vaccinating children early and often.

Dr. Thorsen has had influence in slanting Danish studies against possible links with vaccinations and autism. He has managed to get medical journals to exclude items that imply vaccination problems while printing his recommendations, which “disprove” any links to autism.

He has also served as a consultant for the CDC (Center for Disease Control) in Atlanta, Georgia. He has been a key figure for the CDC’s efforts at white washing any connections with vaccinations and autism or other brain related vaccine injuries.

This April, 2011, Dr. Thorsen was indicted in Atlanta for nine counts of money laundering and thirteen counts of fraud. These are actual U.S. DOJ (Department of Justice) indictments, not the slander of a hired hack journalist such as the one used to defame Dr. Andrew Wakefield in England.
The DOJ indictments involve schemes used by Dr. Thorsen to put funding designated for research into his personal bank accounts.

Thorsen rigged reports omitting data to help the Danish Institute of Medicine determine that there is no link with mercury used in vaccines to autism. This declaration was the international foundation for not removing mercury from vaccines in 2003.

The DOJ found factual data to indict him for juggling with funds and skimming huge profits. This should also prompt further investigation into his medical journal manipulations.

Then there is Dr. Paul Offit, who has written pro-childhood vaccination books and articles and who has given lectures insisting on upping the vaccination schedules for children to a national level (that’s now the highest in the world). With that, the USA ranks among the highest in infant mortality rates. He once publicly blustered that a six month old infant could withstand 10,000 vaccines safely.

A U.S. Congressional report shows clearly that Offit has several financial ties to various vaccine manufacturers, especially Merck. He is a paid mouthpiece for the vaccine industry while posing as a concerned pediatrician.

He is so concerned about the welfare of children that he was involved with publishing a pediatric policy paper supporting less pediatric care for children who aren’t vaccinated, while advocating legislation to restrict vaccination exemptions.

His story created quite a stir, forcing his team to withdraw their findings. And all he found was that several children sent to his pediatric practice in England with extreme irritable bowel disorders and autistic traits had a strain of a measles virus used in MMR vaccinations.

Two other doctors had made similar observations prior to Wakefield’s discovery. Wakefield never claimed that MMR shots definitely caused these children’s problems or autism. But he did suggest further investigation should proceed into the vaccine/autism issue.

Both of the earlier physicians had discussed these findings among peers. But Wakefield published his findings in the Lancet, one of England’s most prestigious medical journals. A hack freelance journalist was hired to smear Wakefield using Rupert Murdoch’s Sunday Times as a platform. James Murdoch, Rupert Murdoch’s son, contracted Brian Deer to print lies about Wakefield’s discoveries and intentions, claiming Wakefield fabricated material for financial gain.

James Murdoch runs the paper in England and is on the GlaxoSmithKline (GSK) board of directors. Yep, GSK manufactures vaccines. The smear campaign carried over to the British Medical Journal (BMJ) where its editor Dr. Godlee accepted the baton to continue the smear relay , embarrassing the Lancet into dropping Wakefield’s paper.

Fast forward to the USA more recently, and we find that a Virginia Medical School discovered the same viral strain of measles, the one used in MMR vaccinations, in children who had developed serious irritable bowel problems and were also exhibiting autistic traits.

The fact that two other doctors had similar findings only months prior to Wakefield’s Lancet publication along with an independent USA team, who also found the MMR measles strain among disturbed children it had studied months after the Wakefield controversy, clearly indicates a huge cover up for the vaccine industry by the Times and BMJ.

Unfortunately, the smear worked. Dr. Wakefield lost his license to practice in England despite the protests of parents whose children he had treated. The squeaky wheels get greased; he who shouts loudest and longest wins the argument while sincere less demonstrable researchers without mainstream media support get crushed. As Bob Dylan once sang, “money doesn’t talk; it swears”.

Expect anything supporting vaccinations and debunking their actual reported dangers to be a pack of lies, regardless of where the information appears. The vaccine industry has the wherewithal to buy careerist liars to spread the lies, and it continues even when caught. Thus, widespread ignorant reverence of the vaccination sacred sacrament still lingers even as more begin to discover the dark side of vaccines.

Sources include the following: