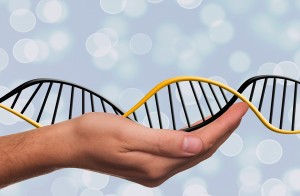 Dual-use may be best understood by considering the functions of a knife. Used against an enemy, a knife can be deadly. In the hands of a skilled surgeon, a knife may be life-saving, removing a gangrenous appendage or excising a cancerous mass.

Wikipedia defines dual-use this way: “In politics and diplomacy, dual-use is technology that can be used for both peaceful and military aims. More generally speaking, dual-use can also refer to any technology which can satisfy more than one goal at any given time.”

Behind the debate over the Iran nuclear deal lurked the dual-use issue. On the one hand, there were those claiming that Iran had every right to develop nuclear power in pursuit of peaceful aims. In the other camp were those who maintained that possession of nuclear technology was a path towards developing nuclear weapons, and in the hands of a regime hostile to America’s purported friend and ally, Israel, was too dangerous to be allowed to manifest.

Dual-use has implications reaching beyond nuclear science. Those watching the development of what is termed “biodefense” are uncomfortably aware that the production of countermeasures for biological weapons also necessitates the development and possession of the weapon itself. Increasingly, accusations are being levied that countermeasure research may be a “cover” for weapons development.

In the biological sciences, the debate concerning dual-use technology just ramped up a notch. Recently, the office of the US Director of National Intelligence issued a report declaring that genome editing constituted a “weapon of mass destruction.” Stated the report: “Given the broad distribution, low cost, and accelerated pace of development of this dual-use technology, its deliberate or unintentional misuse might lead to far-reaching economic and national security implications.”