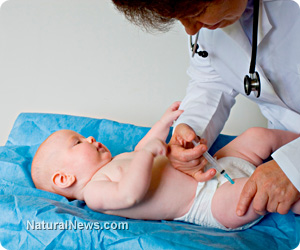 By Ethan A. Huff, staff writer for Natural News
The U.S. Centers for Disease Control and Prevention (CDC) has once again been caught removing pertinent but indicting information about vaccines from its website. This time it involves the infamous polio vaccine, up to 98 million doses of which have been exposed as containing a cancer-causing virus that is now believed to be responsible for causing millions of cancers in America, according to the CDC.

The information was posted on an official CDC fact sheet entitled Cancer, Simian Virus 40 (SV40), and Polio Vaccine, which has since been removed from the CDC’s website. Fortunately, RealFarmacy.com was able to archive the damning page before the CDC ultimately removed it, presumably because SV40 has been receiving considerable attention lately due to its connection to causing cancer.