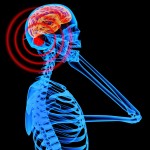 (NaturalNews) Electromagnetic fields, or EMFs, are made of energy that is created by electronic and magnetic devices, such as cell phones, microwaves, refrigerators, power lines, and other common appliances and gadgets. The EMF is especially strong when these devices are plugged into the wall, allowing an increased amount of energy to infiltrate the area around them. For this reason, many people believe that unplugging electronic devices will help protect them against EMF exposure. But can it? Certainly.

A potentially dangerous issue, EMF exposure has been implicated as a factor that contributes to many health issues, including certain kinds of cancer, brain tumors, birth defects, fatigue, miscarriages, cataracts, headaches, stress, nausea, heart problems, and even chest pain and forgetfulness. Whether or not this is true is still, for the most part, up in the air, as scientists and researchers have pinpointed oftentimes conflicting evidence in their quest to determine the true dangers of exposure due to common items, such as cell phones. Though no conclusive answer has been reached, it is safe to say that evidence implies an inherent danger in excessive EMF exposure.

To completely avoid EMF exposure in today’s world is virtually impossible, as electricity lies at the core of modern civilization. Do not be worried by this, though, as low levels of exposure will not do a great deal of harm; the problem occurs when individuals experience an excessive amount of exposure over a long period of time. Though many people may succeed in using as little electricity as possible, the fact remains that modern technology has made access to EMF exposure easier than ever. From smart phones and laptop computers to e-Readers and tablets, technology is becoming more portable and is designed to accompany people wherever they may go.

So how do you limit your risk of overexposure? Unplug anything you are not using, including the microwave, television, computer, DVD player, and other household items. Though electronic devices will certainly continue to produce EMF even when they are turned off and unplugged, keeping them functioning at the lowest possible level will reduce the overall amount of EMF exposure that they cause.

Though simply unplugging your electronic devices may seem to be an easy answer to the EMF exposure issue, the process of avoiding as many harmful substances as possible goes beyond unplugging your television. First, you must be aware of the different sources of EMF that exist in your home or office. Then, you should make it a point to stay as far away from these sources as possible. For example, try sitting farther back from the television or not standing in front of the microwave when heating up your leftovers. Simply understanding where the risk lies and reacting in a positive way can greatly reduce your EMF exposure.

Additionally, you could consider replacing your high EMF devices with electronics that do not plug in. For example, try using a battery operated alarm clock instead of one that plugs into the wall. You can also utilize a hands-free device for your phone, to keep the actual body of the cell phone as far away from you as possible without giving up the convenience that the cell phone offers.

Overall, unplugging your electronic devices is a great way to protect yourself against EMF exposure. Though the research on the dangers of EMF exposure is still categorized as inconclusive, the dangers of excessive exposure have been made clear. By staying as far away from electronic devices as possible and by disconnecting them from the wall, you can decrease your exposure and improve your overall well-being.

Lenette Nakauchi is a whole body vibration expert who is passionate about demonstrating to others how to go and stay lean and fit in a fun, healthy, sustainable way. Learn more about vibration exercise and how it’s used for fitness, therapy, and weight loss at http://www.thenoblerexk1.com