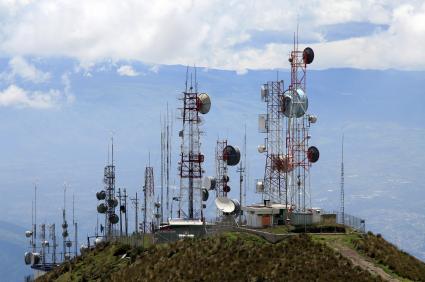 It gets worse by the hour. While France wisely outlawed wi-fi in its schools due to its serious effects on children, more appliances, transmitters, signals, antennas, phone masts, dishes, and electronic gadgetry is being added by the minute. And we’re supposed to be excited about it.

“Oh how we love getting blasted with our phone signals!! You rock, Verizon!..bring on the microwaves, robo-automation and anything else! We are techno-crazy and love it so!”

Wrong, you bastards. Don’t tell us what we want, Big Corp, we’re sick of it! And for those falling for this…wake the hell up!

Your playing with our health, well being and environment is about to come to an end.

The effects of these cell towers and other microwave technologies bear witness to their perfidy. While they make light of these death-dealing devices and pretend they’re innocuous, the unwitting sheeple wither and die from mutated brain cells, injured immune and nervous systems, organ damage, and our children are predicted to have genetically altered offspring within 2 generations!

We Live in ‘Electromagnetic Soup’

The “electrosmog” that first began developing with the rollout of the electrical grid a century ago and now envelops every inhabitant of Earth is responsible for many of the diseases that impair or kill them.

In 2007, the Bioinitiative Working Group released a 650-page report citing more than 2,000 studies (many very recent) that detail the toxic effects of EMFs from all sources. Chronic exposure to even low-level radiation (like that from cell phones), can cause a variety of cancers, impair immunity, and contribute to Alzheimer’s disease and dementia, heart disease, and many other ailments.

“For the first time in our evolutionary history, we have generated an entire secondary, virtual, densely complex environment — an electromagnetic soup — that essentially overlaps the human nervous system,” says Michael Persinger, PhD, a neuroscientist at Laurentian University who has studied the effects of EMFs on cancer cells.

And it appears that, more than a century after Thomas Edison switched on his first light bulb, the health consequences of that continual overlap are just now beginning to be documented. (Source)

They Didn’t Have to Use These Damaging Frequencies–They CHOSE To!

Retired British military intelligence scientist Barrie Trower who for years worked in microwave and stealth warfare, has been speaking out and supplying scientific documentation regarding the serious dangers of EMFs, and getting results.

During the 1950s and 1960s during the Cold War, it was realised by accident that microwaves could be used as stealth weapons when the Russians beamed the American embassy during the Cold War and it gave everybody working in the embassy cancer, breast cancers, leukemias whatever, and it was realised then that low level microwaves were the perfect stealth weapon to be used on dissident groups around the world, because you could make dissident groups sick, give them cancer, change their mental outlook on life without them even knowing they were being radiated.

The electromagnetic spectrum is a band that goes from gamma rays and x-rays at one end, the very high energy waves, and it comes down through visible light, which is also some radiation, and then it goes through infrared microwaves, tv and radio. Now the only ones which really affect us in the communications industry are the microwaves, and microwaves have a special ability to interfere with water, which is how microwave ovens work, and we are made of water.

All of our chemical and electrical signals involve water in the body, somehow, electrical communications in the body. So, the industry has picked the worst possible part of the electromagnetic spectrum to give to young children and to adults (with regards to cell phones).

Trower: I have three research papers. I am a scientific adviser to five organisations. Part of my brief is I read international scientific papers, I retranslate them into a language that most people can understand, which is how I advise.

I have three papers showing that low level microwaves can interfere with the genetics in the ovarian follicles. Now what that means in everyday language, different from boys, young girls when they’re born, they will have up to four hundred eggs in their ovaries. The microwaves can damage the genetic structure, we now know, in those ovaries. So, when this young girl grows up, gets married, and has children, if she has a daughter, this particular mitochondrial genetic damage is irreparable. There is nothing at all that can repair it.

These Same Wicked PTBs Electrify Our Atmosphere – And Put Towers Near Schools, Hospitals and Population Centers

If you’ve driven around under our metalisized skies, noticing these proliferating phone towers or masts, you’ll notice how many have been diabolically placed near or directly on schools, institutions, medical facilities, strip malls, businesses and housing areas. You can be sure the ‘Phone Company’ is well aware of what they’re doing and the dangerous effects–they just lie to the underlings.

That’s why things like THIS happen when the informed take drastic action to draw attention to this horrific reality.

We’re dealing with intentional harm to our young people and overall population by the same corporate devils who genetically modify our crops, poison our air and water, and add carcinogenic genetically altering additives to our food.

Are All These Towers Just For Cell Phones…or Mind and Thought Manipulation?

The use of EMFs (electromagnetic frequencies) is one of our elite controllers most effective stealth technologies. Besides breaking down human health, the human brain is known to operate at a certain frequency, and is easily accessed and manipulated within that range using the ‘right’ technology. You can be sure the Powers That Be are using these for other purposes as well.

The day is now approaching in which government mind control technologies will be directed at you, your neighbors, and your loved ones. Every single day, equipment is being erected and installed in this country with the hidden purpose of exerting mind control over the entire population. Everywhere in this country (and overseas), ELF/microwave transmission towers are being erected. No one is saying anything, but you’re expected to presume that they’re for cell phones. (Do you really think that we need that much ‘cell phone’ transmission capability, every few blocks? Do you realize how very little energy is used by genuine cell phone usage? Yet these towers are capable of putting out levels of power that exceed cell phone requirements by a wide margin.

These mind control technologies have been in place for a long time. It’s not an accident that the frequency band chosen for cell phone use just happens to match the second order waves that Wilhelm Reich discovered in the late1940′s to effect thought transmission and allow the mind to be manipulated without the victim realizing it. Reich worked on this project secretly for the CIA for over 5 years, from 1947-1952, until he realized who the CIA was planning to use the mind control on -the American people. He was outraged that he was deceived and used for such a treasonous motive and swore never to cooperate with the CIA, FDA, etc. again. Reich was covertly murdered in Federal prison in 1957, just a few weeks before he was due to be released, having been in prison for 2 years on a trumped up charge leading to a contempt of court citation.

A method was discovered to disable these ELF towers from exerting their mind control functions by placing a simple device known as an orgone generator within a radius of 1,300 feet of these towers. These microwave towers are used in conjunction with HAARP based technology to not only affect subliminal mind control influences, but also to control the weather, the creation of artificially induced drought conditions are also greatly influenced by the population-reduction chemtrail spraying operations which take place daily over the skies in America and in many other countries).