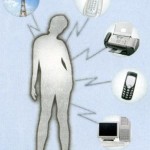 (NaturalNews) Do you use your computer, watch television, or mess around on your cell phone within the hour before you go to bed at night? If so, you might be altering your sleep cycle and preventing quality rest, according to a new study conducted as part of a National Sleep Foundation poll. Researchers say that staring at light-emitting screens during the hour before going to sleep inhibits the proper release of melatonin, a hormone that regulates the body’s natural sleep cycles.

Roughly 95 percent of poll respondents indicated that they typically play video games, watch television, use the computer, or access their smart phones within the hour before they go to sleep. And 43 percent of respondents between the ages of 13 and 64 said they rarely ever get a good night’s sleep during an average work week.

“This study reveals that light-emitting screens are in heavy use within the pivotal hour before sleep,” said Charles Czeisler from Harvard Medical School, in a Breitbart piece. “Invasion of such alerting technologies into the bedroom may contribute to the high proportion of respondents who report that they routinely get less sleep than they need.”

While respondents in older generations tended more towards passively watching television before bed, younger respondents indicated participation in more active and brain-engaging activities like playing video games and using smart phones, which experts say may be even worse for sleep and overall health.

“Over the last 50 years, we’ve seen how television viewing has grown to be a near constant before bed, and now we are seeing new information technologies such as laptops, cell phones, video games and music devices rapidly gaining the same status,” said Lauren Hale of Stony Brook University Medical Center. “The higher use of these potentially more sleep-disruptive technologies among younger generations may have serious consequences for physical health, cognitive development, and other measures of well-being.”

Keeping mobile phones and other radiation-emitting devices away from your bed at night will also help improve sleep quality by limiting exposure to the “electro-smog” they emit that can disrupt restful sleep. Long-term exposure to even low levels of electromagnetic frequencies (EMFs) may cause serious health problems, so it is always a smart idea to limit their use and keep them away from your body whenever possible.