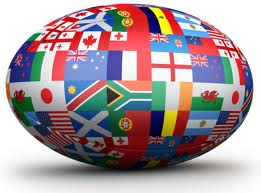 New Zealand, the sleepy little country just off of Australia has been targeted by mass mind control to induce the public into mass hysteria over Rugby games.

Rather than stay at home and get a front row seat, hundreds of thousands of economically strapped NZ’ers have taken to the streets and stadiums to watch the preliminary game on big screen. Our sources suspect that the Gov’t has partnered with TV to implant subliminal messages into ads and sport shows glorifying the Rugby World Cup games hosted by NZ through September and October and stimulating them into the streets.

The cost of everything imaginable, (read; accommodation, travel, game tickets up to $3000 ea, team merchandise, etc) has been hiked up; sometimes as high as 300% to 400% .

The game hysteria was so effective with 200,000 turning out as opposed to the 50,000 predicted, that the public transport system was overloaded and even broke down, stranding fans an hour and a half in an underground tunnel before rescue. The TV3 news station, nightly news reporter on the scene, advised the people to stay home and not join the after game programs in downtown Auckland because the streets were ‘standing room only’ and emergency services were stretched with injuries and repeated cases of ‘hyperventilation’.

The frenzy has been building for the last few weeks as many ‘All Blacks’ appear in TV ads for everything from food to finance.

But the resulting hysteria was far wider ranging than advertising could achieve, as thousands of children as well as adults were hyped to attend big screens is many city center theaters country wide.

Spending on the opening ceremony at $9million and the Gov’t has publicly stated it was spending $350m and not expecting to recover that amount.

But the plan was to have many more millions injected into the economy by visiting foreign fans. But the Kiwis turned out in mass and the o/s numbers have been under reported to date. So did a desperate measure induce the locals to turn out when visitors failed to materialise?

The recent dramatic increase in new ‘cell phone tower’ numbers has been questioned by some, as the network coverage is one of the best in any small county. So what’s with the explosion in towers numbers just before the games? How did every man woman and child suddenly get the irrepressible erg to attend the opening game in public squares and stadiums across the country When it was to be broadcast but a few hours later, nation wide?

According to the NZ Herald totally under reported the scene stating 6000 people viewed the game on several ‘big screens’.

Fans trying to get to the game stadium met various disappointments.

Stranded rugby fan: ‘I have never seen anything so disorganised’

“The mum of an All Black has spoken of her distress at being trapped in the public transport chaos of the Rugby World Cup opening night and missing the first half of the match.”

The situation was summed up in this Herald article as follows:

Overcrowding at Auckland City Hospital forced ambulances to divert to other Auckland hospitals.

St John medical director Tony Smith said: “None of us have had a night like it.”

Smith said at 10.30pm he spoke to hospitals across the city and “between us we decided to spread across all three hospitals”.

Lifeguards in boats rescued people desperate to escape the crush at Queen’s Wharf.

So how is it possible to initiate such a reaction in the normally placid and warm-hearted people?

Well we have 6 weeks of this to watch, so our sources instruct us to ‘watch this space’