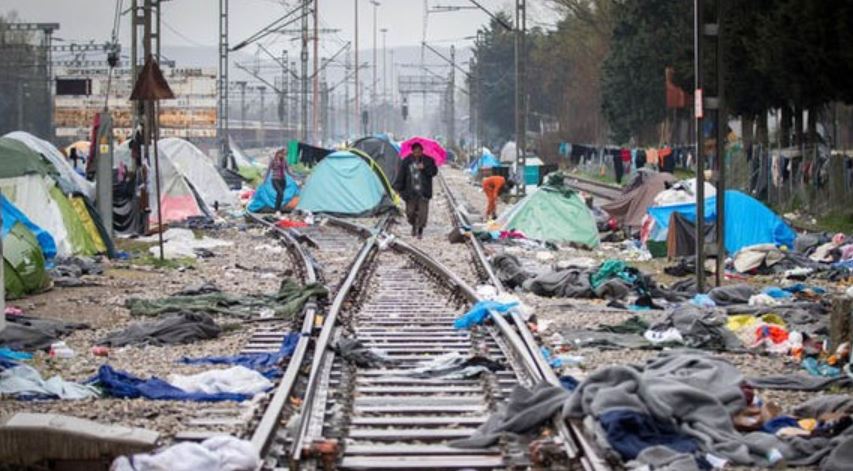 The migrants were part of a wave of arrivals who came to Germany via the so-called Balkan route.

Germany is facing a problem with refugees who apparently can’t find housing, as the ‘tent city’ photograph above apparently depicts.  According to news reports out of Berlin, thousands of refugees have disappeared off the radar, yet no one knows where they are. Have they gone ‘underground’, as some think, waiting for instructions?  According to German prosecutor Irich Scherding, “Fifteen to 20 percent of 18,000 refugees are obviously submerged.”  Concern and fears grow that ISIS may be involved in controlling the missing. 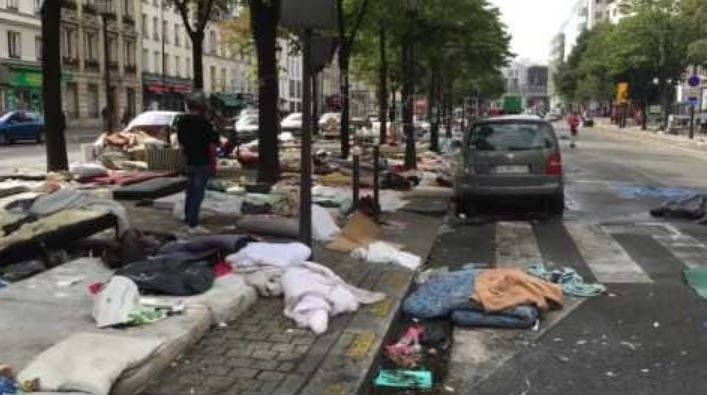 A boulevard in Paris, France—Refugee crisis

The refugee crisis in European Union countries apparently is spilling over into geopolitical ramifications insofar as EU member countries now are talking about leaving the EU.  The UK’s taxpayers are finding out they will be left paying for student loans by EU citizens, who studied in England but left the country without repaying those loans.  What’s the amount?  £130 million or roughly U.S. $159,691,956 based upon the conversion rate when I wrote this article.