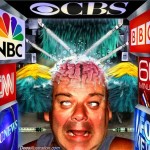 Wednesday, July 20, 2011 by: Ethan A. Huff, staff writer; Natural News
Rupert Murdoch’s media empire News Corp., which represents the second largest media conglomerate in the world behind the Walt Disney Company, is taking a severe beating as Murdoch himself is having to address various criminal allegations, including that his News of the World tabloid illegally hacked private phone lines and committed various other crimes. (http://www.naturalnews.com/033034_N…)

But Murdoch’s media malpractice runs even deeper as his strong connections to the pharmaceutical industry also fuelled his media machine’s fabrication of lies against Dr. Andrew Wakefield, as well as hid from the public the true dangers of DNA vaccines that permanently corrupt human genes and cause autism.

But what Murdoch’s organization is actually doing on all fronts with its various media outlets, including FOX, is pushing much bigger agendas that supersede any alleged “right vs. left” paradigm. One such agenda is News Corp.’s routine censorship of the dangerous truth about drugs and vaccines, which include smear campaigns like those levied against Dr. Wakefield who conducted legitimate research that contradicts mainstream medical thought.

News Corp. systematically destroyed the reputation of Dr. Wakefield, lied about his work

If you are unfamiliar with the Dr. Wakefield story, you can read more about it in previous NaturalNews articles (http://www.naturalnews.com/Andrew_W…). But as a quick recap, Dr. Wakefield basically discovered through credible research that the combination measles, mumps, and rubella (MMR) vaccine was linked to mental and physiological health problems, and that the individual measles vaccine should be given to children instead until further research on the safety of MMR could be conducted.

The findings were credible, responsibly-derived, and honest in their assessment — but they resulted in a tirade of lies and slander against Dr. Wakefield.

The statements included false accusations that he is opposed to all vaccinations, that he had manipulated his data, and that he is basically unfit to be a doctor, despite the fact that he is arguably one of the most well-respected and highly-educated gastroenterologists in the world. In the end, though, Dr. Wakefield ended up having his study pulled from the esteemed UK journal Lancet, and his UK medical license was revoked.

And just who was responsible for the annihilation campaign against Dr. Wakefield? None other than Rupert Murdoch’s News Corp., which literally fabricated lies about Dr. Wakefield and disseminated them around the world via its multinational media network. News Corp.’s London Times, for instance, falsely accused Dr. Wakefield of being “callous, unethical and dishonest,” and published numerous articles saying he was a fraud, and that he “abused his position of trust.”

And why, exactly, did News Corp. feel the need to destroy the life and reputation of a man that had done so much to help children with autism and other neurological disorders?

Because Dr. Wakefield’s findings were in-congruent with the multi-billion-dollar profit ring of multinational pharmaceutical companies like GlaxoSmithKline (GSK) and Merck Inc., both of which produce and market MMR vaccines.

Did you know that Rupert Murdoch’s son James Murdoch, who manages the UK paper Sunday Times, is on the board of GSK? Or how about Sir Nigel Davis, the High Court judge that denied parents of children treated by Dr. Wakefield the right to have their claims against vaccine manufacturers heard in a real court? Davis’ brother, who is an executive board member of Elsevier, the group that publishes the Lancet, is also on the board of GSK.

An article in the COTO Report also explains that the head of the popular Reuters news service serves on the board of Merck, while a prominent writer at the UK’s Daily Mirror is married to the former chairman of GSK. And the list goes on and on.

With all of these strong connections to drug companies, it is no wonder that the media at large wholly participated in the Dr. Wakefield slander campaign — after all, Dr. Wakefield’s work caused millions of people to wake up and begin questioning the safety not only of the MMR vaccine, but also of vaccines in general. And this continued awakening is taking its toll on Big Pharma’s profits.

Dr. Wakefield’s work uncovered a crucial detail about certain vaccines that ultimately exposes those in this particular category as highly-dangerous, life-altering poisons. Third-generation DNA vaccines like MMR contain genetically-engineered (GE) materials that are injected directly into the body, sort of like how genetically-modified (GM) crop seeds have been injected with altered DNA that changes their genetic makeup — and these GE traits can permanently alter proper human development.

As far as DNA vaccines are concerned, the GE material they contain is included as part of an overall effort to induce “DNA uptake,” a term that is very vaguely defined, but one that appears to infer a literal adoption of altered DNA into the human genetic structure. If this is the case, then DNA vaccines like MMR are overriding normal DNA with altered DNA, which causes the untold changes in human development and health that have been observed.

Based on Dr. Wakefield’s findings, this is exactly what appears to occur with MMR vaccines in particular, and it is why he urged the public to skip the MMR vaccine and get the individual vaccines instead. His findings showed that the MMR vaccine is linked to mitochondria dysfunction caused by DNA mutations. And since no proper review of MMR has ever taken place to prove its safety, his professional conclusion was that it was best to stop using it for childrens safety.

Mitochondria, of course, are what power cells and convert energy into forms that are usable by the body. When these do not work properly, the entire human body becomes compromised. Individuals with autism demonstrate mitochondria dysfunction as well as various other problems, which may or may not be possible to cure — and this, again, is precisely why Dr. Wakefield urged the public to beware of the MMR vaccine.

According to the same COTO Report article mentioned earlier, DNA vaccines like MMR were actually derived from failed gene therapy experiments. In other words, they appear to be a type of genetic experiment that is permanently altering human gene expression and proper DNA development, which in turn lands its victims with permanent, life-altering developmental disorders like autism.

But none of this will ever be addressed by the likes of Rupert Murdoch’s News Corp., or by most other mainstream news outlets for that matter, because of their close alliance with the drug industry. It is in their best interests to hide the truth from the public, and to continue pushing the lie that all vaccines are safe, and have never been implicated in causing any long-term health problems.

CBS News, however, did recently report on a new review published in the Journal of Immunotoxicology that addresses the issue of third-generation DNA vaccines and autism. That review, entitled Theoretical aspects of autism: Causes — A review, admits that “[d]ocumented causes of autism include genetic mutations and/or deletions, viral infections, and encephalitis [brain damage] following vaccination.”

Sources for this story include: