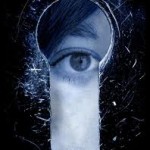 Infowars.com reporter Darrin McBreen was instructed by the “Facebook Team” to not voice his political opinion on the “Facebook” networking site.

“Be careful about making political statements on Facebook,” McBreen was told in an email, “Facebook is about building relationships not a platform for your political viewpoint. Don’t antagonize your base. Be careful and cognizant of what you are preaching.”

Facebook sent the message in relation to a comments posted about “Is living off the Grid now a crime?,” an article about “nuisance abatement teams” intimidating people who have decided to disconnect from the power grid in California.

But Facebook is not merely a political platform in addition to a social one. It is also a spook platform designed for intelligence gathering.

Facebook’s funding can be traced back to the CIA through the venture capital firm Accel Partners. Its manager James Breyer was formerly chairman of the National Venture Capital Association and served on the board with Gilman Louie, as CEO of the CIA’s venture capital firm, In-Q-Tel. Anita Jones has also sat on the In-Q-Tel’s board and was director of Defence Research and Engineering for the Pentagon and served as an adviser to the Secretary of Defence and was involved in (DARPA) who ran the Information Awareness Office, a sprawling data-mining scheme.

In-Q-Tel has invested in Visible Technologies, a software firm that specializes in monitoring the internet. “Visible Technologies examines more than half a million websites a day, looking through more than a million posts and interactions happening on blogs, in online forums and social media sites such as Twitter, YouTube, and Amazon,”

Facebook has now implemented facial recognition software which is basically a huge, photo-searchable database of all Facebook users. “It’s terrifying,” writes PCWorld. “Facial recognition technology will ultimately provide the ability to search for people using just a picture. Someone can simply take a photo of you on the street, in a crowd, or with a telephoto lens, and discover everything about you on the internet.”

Your Terms of Service Agreement TELLS you that Facebook is Monitored by, FBI, NSA and other Gov’t agencies

The FBI now has listed in its Criminal Data Base, 34% of the Population or over 90 Million Americans WITH NO CRIMINAL RECORD and they are Red Flagged as a Domestic Terrorist

Who can access this Database? Any Global Police Department, Department of Homeland Security, NSA and FBI

Thus a seemingly friendly social service is actually an organization with documented links to the CIA and the Pentagon that are following your life.

So is Facebook fun or intrusive, you need to think about what you have revealed by ticking the “I accept the terms” box.