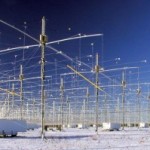 The hearing on the HAARP project and non-lethal weapons was held in connection with a European Parliament own-initiative report, to be drawn up by Maj Britt THEORIN (PES, S), on the possible use of military resources in environmental strategies.

As Peter TRUSCOTT (PES, UK) said in his introduction, “There is an invisible line between what is acceptable and what is suspect”. This is the nub of the issue.

Non-lethal weapons constitute a trend in military thinking which has developed since the end of the Cold War. The world is dealing with a different sort of crisis, which is less easily identifiable and less easy to manage with traditional methods and weapons – hence the desire to master the violence by means other than the same violence. Non- lethal weapons are compared by some authors to “straitjackets” and defined as “any action capable of modifying the behaviour of the adversary while avoiding his annihilation”. This appears to be a significant element of crisis prevention but can be – and is – also used in civilian situations (e.g. crowd control).

Mr Luc MAMPAEY, a researcher at GRIP, the Brussels-based European institute for research and information into peace and security, said he believed the expression “non-lethal weapons” was semantically contentious. He argued that the term had reassuring connotations. It was the politically correct term, and one which could delude the public into thinking that nowadays a clean war was possible and hence morally acceptable. In fact, as he himself and the Red Cross representative, Mr Robin COUPLAND (Geneva), pointed out, the dividing line between deadly and non-deadly weapons was not clear. Some weapons might result in death, while others could incapacitate their victims permanently or temporarily. Mr COUPLAND was quite categorical: the term “non-deadly”, he said, was ultimately a marketing slogan.

The problem of definition “by default” led all the experts to stress that there was no single type of non-lethal weapon and that a careful distinction must be made between the various types, from the simplest to the most sophisticated. These new weapons covered a broad spectrum of technologies, from optical systems with a dazzling or blinding effect, through sound and electro- magnetic waves, chemical, medicinal, adhesive, slippery, super-caustic and acidic substances, biological agents, bacteria and micro-organisms, to rubber bullets and electric-shock batons.

Dangers to health and the environment.

The effects on health and the environment were also described as variable. Any weapon designed to disrupt an organism, as well as weapons capable of affecting an organism indirectly, by chemical or biological means, or optical, acoustic or neurological stimuli, could become fatal under certain conditions. Adhesive foam, it was said, could also have extremely dangerous side- effects.

Only if a precisely calculated dose were perfectly delivered could it be guaranteed that sensory (or xenobiotic) stimuli would not have irreversible, or indeed, fatal effects. In practice, this perfect control over the degree of disruption was the first thing likely to go by the board under extreme conditions, where the desire for a swift and decisive solution would rapidly override considerations of ethics or toxicology.

The risk of abuse in democratic societies.

However, it was argued, health and environmental issues were not the only concerns raised by the use of non-lethal weapons. Mr COUPLAND expressed concern about an overlap of civil, police and military applications. He was also afraid that these weapons might be used not to replace conventional weapons but in addition to them.

In Mr MAMPAEY’s view, as non-lethal weapons developed, links were bound to be created between military and law-and-order operations, which, he said, would enable certain current conventions to be bypassed. There was a danger of growing militarisation of domestic police forces, which would have access to more sophisticated weaponry. This could raise problems in any state which was supposed to be based on the rule of law and to be mindful of human rights and individual freedoms.

Tom SPENCER (EPP, UK), chair of the Foreign Affairs Committee, said that the United States had been invited to state its viewpoint on this matter to the hearing. Although the US had declined an initial invitation, Mr SPENCER reiterated his offer, saying that the Americans could send a representative to address the committee in future if they wished.

Ms Rosalie BERTELL, from Toronto (Canada), is one of the best-informed experts about HAARP (the High Frequency Active Auroral Research Programme), a programme which has been developed by the US military.

She described the background to HAARP. The ionosphere is a high-altitude layer of the atmosphere with particles which are highly charged with energy. If radiation is projected into the ionosphere, huge amounts of energy can be generated and used to annihilate a given region.

The HAARP project involves the manipulation of the earth’s ionosphere, whose natural role is to moderate energy transfer from the sun to the earth and is used as a missile trajectory and as a reflector for radio communication. The aim of HAARP is to control and manipulate the ionosphere so as to enable the manipulator to wipe out communications at will on a global scale, or to make them resilient in the event of a nuclear war.

It also enables communications to take place with submerged submarines and can, in theory, create geomagnetic pathways to guide particle beams which could then deposit large amounts of energy anywhere on the globe. In simpler terms, HAARP, with its power of intimidation, of delivery or denial of electrical energy on a global scale and its control of communications, is an element of a system which could control the global village in some frightening ways.

According to Dr Nick BEGICH, an expert from Alaska and author of one of the leading publications on the subject*, the HAARP programme would allow such concentrations of energy to be attained that an entire region of the planet could be deprived of water. Electromagnetic waves can cause earthquakes or tidal waves. Mr SPENCER pointed out that, under international conventions, any actions leading to climate change were prohibited.

Mr BEGICH said that in his eyes the project was purely and simply “Star Wars technology”. Moreover, it was a secret project, as the US Congress had refused to finance Star Wars. The USA, he claimed, had allocated 91 million dollars to the main programme, to which must be added the related programmes. Over the last 50 years, he said, certain levels of security had been developed which were protected from public scrutiny. State secrets were acceptable in themselves but if they involved such major repercussions for human beings and the environment they must be made public. In his view, the international community should be allowed to evaluate the risks of the HAARP programme.

Eurico DE MELO (EPP, P) said he regarded the revelations as terrifying and said that there was a need for a campaign to inform the public about it.

Winding up, Magda AELVOET (Green, B) told the hearing that there was a saying: “War is too important to be left to the generals”. She feared we had forgotten this truth.