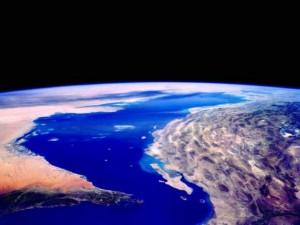 According to a report published in Nature, biodiversity thrives in periods of warming; however alarmists do not want this fact to be misconstrued with the dangerous conditions man-made global warming is creating across the planet.

Bálint Miklós, researcher at the Biodiversity and Climate Research Center in Germany believes that there is an underestimation of biodiversity loss when it comes to purveyors of the man-made global warming myth. By using genetics to identify a species, Miklós asserts that climate change disrupts a species natural ebb and flow which is directly tied to global warming.

The myth of biodiversity suffering because of man-made climate change stems from a World Wildlife Fund (WWF) blog that claimed the polar bear population was suffering due to man-made climate change. The claim of the drowning polar bears goes back to a federal study that was obviously doctored. The 2006 paper from the journal Polar Biology lacked any supporting evidence for its claims that “drowning-related deaths of polar bears may increase in the future if the observed trend of regression of pack ice and/or longer open-water periods continues.”

Biologist Charles Monnett, the lead scientist on the paper, who is currently working with the Interior Department’s Bureau of Ocean Energy Management, Regulation and Enforcement, found a polar bear carcass and then devised the story that became the claim that polar bears were drowning.

However, researchers with the Government of Numavat in April of 2012 the found that polar bear populations are estimated at 66% higher than climate change alarmists predicted.

Geoengineering has been touted as a way to combat the effects of global warming. However, this experiment has been instrumental in actually creating those effects which are redirected to blame the human population for participating in civilization.

However, in May of this year, it was found that chemtrails were polluting thunderclouds which is causing damage to the environment and the planet’s natural weather patterns.

The pollution drenched thunderclouds are most pervasive at night which causes warmer temperatures. The study asserts that these clouds do not reflect sunlight, but trap heat within them and cause global warming effects.