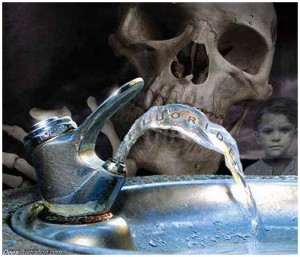 The next time somebody tries to tell you that there is no scientific evidence proving that fluoride chemicals are harmful to human health, simply point them to a new study review recently published in the Institute of Environmental Health Sciences journal Environmental Health Perspectives that shows, for something like the 25th time now, that fluoride damages brain development and leads to significantly lower IQ levels in humans.

Researchers from both Harvard University‘s School of Public health and China Medical University in Shenyang jointly studied the effects of fluoride on children by evaluating 27 different fluoride studies. Upon review, the team found “strong indications” that fluoride exposure, particularly among developing children, is highly problematic for proper cognitive development and brain formation.

Children living in areas where public water supplies are artificially fluoridated had far lower IQ levels overall, based on the figures, compared to children living in non-fluoridated areas. And after accounting for other outside factors that may have influenced cognitive health and development, the team essentially determined that there is no denying a link between fluoride exposure and damaged IQ.