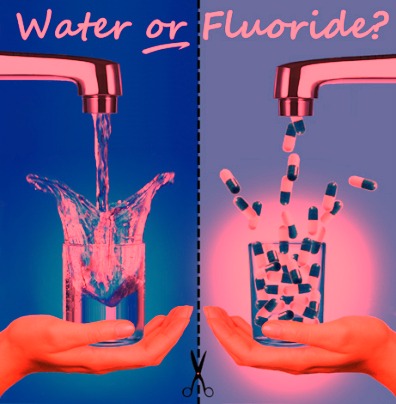 Over 200 million Americans live in areas where fluoride is added to their water supply. Sadly, this practice of adding fluoride to the water began over seven decades ago and, by 1960, it was common throughout the United States.

In 1999, the U.S. Centers for Disease Control and Prevention (CDC) announced that fluoridation of water supplies was one of the “ten great public health achievements of the 20th century.” But, what the CDC completely failed to consider is the mounting evidence that connects fluoride to neurological impairments, hypothyroidism and cancer.

A study conducted in July 2015 by the Centre for Health Services Studies and the University of Kent in the UK found higher levels of hypothyroidism in areas where fluoridation of the public water supply was highest. West Midlands, for example, is a wholly fluoridated metropolitan area in western-central England. The study found that incidents of hypothyroidism there were twice as high as in Greater Manchester, another highly-populated area in northwest England where the water is not fluoridated.

“We found that higher levels of fluoride in drinking water provide a useful contribution for predicting prevalence of hypothyroidism,” say the study authors. “The findings of the study raise particular concerns about the validity of community fluoridation as a safe public health measure.”

The study found that in areas where fluoride levels were above .3 mg per liter of water, hypothyroidism rates rose 30%.

This should be concerning for those who live in the United States, where 67% percent of the population lives in fluoridated municipalities and where the recommended fluoride level in the water is 0.7 mg/L, twice that of England.