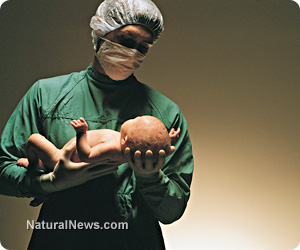 This article is about the murder of children after they are born. Because once a child is born alive, terminating that life is no longer a “choice” … it’s murder by every legal and moral standard. Because while abortion friends and foes can argue about when life begins in the womb, no one disagrees that a child born alive is, well, ALIVE… do they?

Far beyond arguing for the “right” to abort a baby in the first or second trimester, many abortion advocates are now publicly arguing that it is okay for parents to kill their children up to age three. This is now being promoted as a “post-birth abortion” or “fourth trimester abortion”.