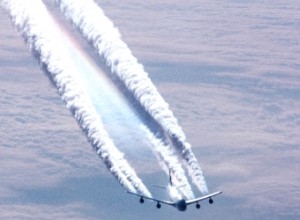 The Conspiracy Facts of Aerosol Geoengineering aka Chemtrails: A Multi-Billion Dollar a Year Global Business.

Geoengineering has now been defined as: “the deliberate large-scale manipulation of the planetary environment to counteract anthropogenic climate change.” – The Royal Society 2009.

Recently, the question has been asked, What In the World Are They Spraying? The documentary with the same name answers many of those questions. The question the world is now asking is “Who in the World Is Spraying Us?”

The World is Now Demanding Answers and Accountability…

As an introduction to this article, we will first cover information to familiarize the uninformed readers as to the core facts and information so that a more complete understanding is possible, given this complex issue.

A recent report by CBS Atlanta detailed how some local citizens are outraged that such “crimes against humanity” are being carried out right before our eyes in secret.

In the report Sen. Johnny Isakson was interviewed on the subject of chemtrails saying quote:

“That is a theory that some people have, but there is no evidence this is happening. This is not happening.”

It looks as if members of the government’s upper echelon and even members of the Senate will go to extreme lengths to suppress this vital information from reaching the American people.

Not to mention they signed off on the multi-billion dollar per year budgets in an economic crisis, with little to no transparency to the public.

In regards to aerosol spraying into the earth’s atmosphere, a recent update to data assembled by The Carnicom Institute reveals the chemicals used and their respective levels of concentration. The toxic levels that are being used in these aerosols goes beyond shocking – it would appear that these levels are indeed criminal by EPA Standards.