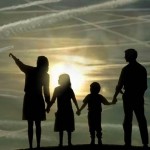 The subject matter of this weekend-long event will focus on an issue that is increasingly becoming a concern to many citizens – it’s called Geo-Engineering and is associated with what is commonly referred to as “Chemtrails.” As scientists try to deal with some of the most crucial environmental issues of our time, many are embracing the idea of controlling the weather and some have even gone as far as to suggest that spraying heavy metals in the atmosphere may help reduce global warming. This “playing God” scenario is also being pushed by corporations and governments – all supposedly for the betterment of mankind.