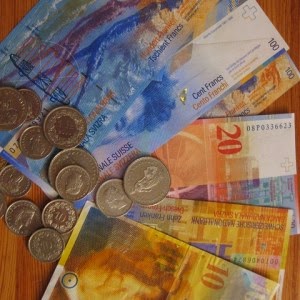 Central banks lie. That is what they do. Not too long ago, the Swiss National Bank promised that it would defend the euro/Swiss franc currency peg with the “utmost determination”. But on Thursday, the central bank shocked the financial world by abruptly abandoning it.

More than three years ago, the Swiss National Bank announced that it would not allow the Swiss franc to fall below 1.20 to the euro, and it has spent a mountain of money defending that peg. But now that it looks like the EU is going to launch a very robust quantitative easing program, the Swiss National Bank has thrown in the towel. It was simply going to cost way too much to continue to defend the currency floor.

So now there is panic all over Europe.

On Thursday, the Swiss franc rose a staggering 30 percent against the euro, and the Swiss stock market plunged by 10 percent. And all over the world, investors, hedge funds and central banks either lost or made gigantic piles of money as currency rates shifted at an unprecedented rate. It is going to take months to really measure the damage that has been done.

Meanwhile, the euro is in greater danger than ever. The euro has been declining for months, and now the number one buyer of euros (the Swiss National Bank) has been removed from the equation. As things in Europe continue to get even worse, expect the euro to go to all-time record lows. In addition, it is important to remember that the Asian financial crisis of the late 1990s began when Thailand abandoned its currency peg. With this move by Switzerland set off a European financial crisis?

Of course this is hardly the first time that we have seen central banks lie. In the United States, the Federal Reserve does it all the time. The funny thing is that most people still seem to trust what central banks have to say. But at some point they are going to start to lose all credibility.