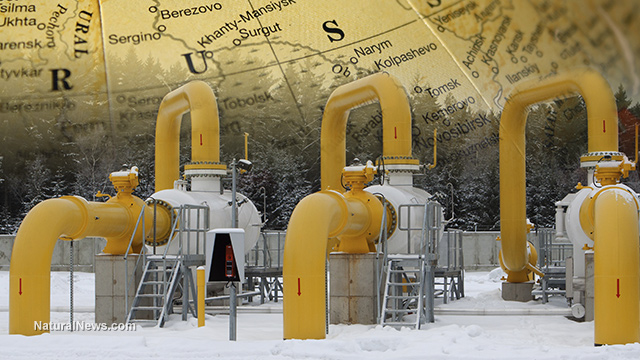 (NaturalNews) There are some big moves taking place on the global stage that you need to know about, as this could all lead to World War III.

Yesterday Russia cut off its natural gas supply to Europe, “plunging the continent into an energy crisis ‘within hours’ as a dispute with Ukraine escalated,” reports the Daily Mail. [1]

“This morning, gas companies in Ukraine said that Russia had completely cut off their supply. Six countries reported a complete shut-off of Russian gas shipped via Ukraine today, in a sharp escalation of a struggle over energy that threatens Europe as winter sets in.”

Alternative media warned about this weeks ago
This was all predicted in advance as a move toward World War III. The website All News Pipeline summarizes the predictions which were widely printed across the alternative media weeks ago.

Former U.S. Treasury Secretary Paul Craig Roberts had also warned in advance of a “Black Swan Event” such as Russia cutting off energy supplies to European nations as a prelude to war.

Europe depends heavily on natural gas supplies from Russia which are piped into the region via Ukraine. This is especially true in the winter when gas is needed for heat.

The story quotes Bloomberg.com stating that Russia “may unseal its $88 billion Reserve Fund and convert some of its foreign-currency holdings into ruble.”

This is further explained by Mac Slavo at SHTFplan.com who explains, “What we are seeing are the strategic moves that will eventually catalyze the next great war. And make no mistake, this is exactly what’s in store for the world should these escalations continue.”