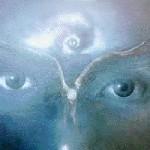 According to study published in the New Scientist back in 1998, there is a direct connection between the Sun’s solar storms and human biological effects.