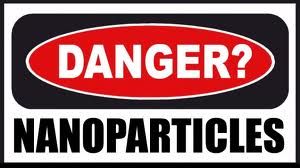 I’ve been keeping my eye on the role of nanotechnology in food for a few years now, so I was interested to see a feature-length investigation called “Eating Nano” in this month’s E Magazine. In it, E editor Brita Belli takes a deep dive into the growing role of nanotechnology in food and agriculture, the current lack of oversight and regulations, and the growing consensus that more information and transparency are both sorely needed in relation to this growing field.

Nanotechnology involves the engineering and manipulation of particles at a nano scale. Nanoparticles, as they’re called, are measured in nanometers or billionths of one meter. Another way to put it: If a nanoparticle were the size of a football, a red blood cell would be the size of the field. Although some nanoparticles have been found to exist in nature (carbon nanoparticles exist in caramelized foods, for instance, and silverware has been shown to shed nano-sized silver particles), it’s the nanoparticles that are engineered in laboratories that have environmental health advocates concerned.

Here’s the thing: It turns out most materials start behaving differently at that size. 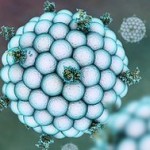 According to the British corporate accountability organization As You Sow, which has been keeping tabs on the nanotech industry for several years, “materials reduced to the nanoscale either through engineered or natural processes can suddenly show very different properties compared to what they exhibit on a macroscale, enabling unique applications such as alterations in color, electrical conductance, or permeability.”