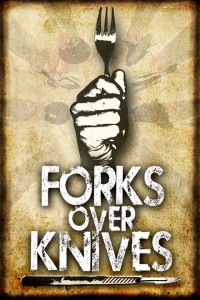 (NaturalNews) America may boast some of the most advanced medical technology in the world, but the health of the American people continues to decline every year, with ever-growing rates of degenerative diseases.

Approximately two-thirds of the population is overweight, and around half of it is taking at least one prescription drug. Despite America spending billions of dollars every year trying to control disease, three of the country’s leading causes of death remain heart disease, cancer and strokes.

Why processed animal foods are killing us

FORKS OVER KNIVES is a new documentary that explores how the majority of the diseases that are plaguing us can be avoided or even reversed by rejecting processed foods, especially processed animal-based foods that are staples of the harmful “western diet” (such as processed cheese, pasteurized milk and processed meat made with unnatural chemical preservatives).

Click here to see a preview of this amazing documentary.

Highly esteemed nutritional researchers have compiled information that proves we are getting sicker and more obese than our health care system can handle. However, what these experts are saying does not conveniently support the multi-billion dollar food industries that profit from our not knowing much about the effects our food choices truly have on us. Therefore, the truth about disease management is only beginning to be understood and accepted.

There is hope: for every animal-based product, there is a plant-based alternative

Quite frankly, our food choices can either kill us or they can heal us and put us back on the track to lifelong health.

Distinguished doctors and nutritional researchers are all saying the same thing: processed animal products and processed foods greatly contribute to diseases of nearly every type, and a plant-based, whole foods diet is not only good for our health, it’s also curative of the serious diseases we face today.

In the process of tackling this idea, FORKS OVER KNIVES documents the incredible journeys of two researchers, Dr. T. Colin Campbell and Dr. Caldwell Esselstyn.

Click this link to watch the video trailer of FORKS OVER KNIVES:
http://premium.naturalnews.tv/Forks…

Dr. Campbell was a nutritional scientist at Cornell University who supplied many poor developing countries with high quality animal protein in the 1960’s. While in the Philippines, he realized the wealthier children in the country – who were eating large amounts of processed animal proteins – were much more susceptible to liver cancer.

Dr. Esselstyn, head of the Breast Cancer Task Force at the world-renowned Cleveland Clinic and a top surgeon, discovered that the majority of the diseases he treated virtually did not exist in areas of the world that rarely consumed processed animal-based foods.

Campbell and Esselstyn’s revelations led them to oversee multiple revolutionary studies. The outcome of their research was a startling conclusion: degenerative diseases including many forms of cancer could almost always be prevented by the adoption of a whole foods, plant-based diet. In some cases, these diseases could even be reversed by this diet.

Through rare archival footage of the personal journeys of two groundbreaking researchers, FORKS OVER KNIVES explores the idea of food as medicine