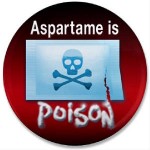 So, in New York, Mayor Bloomberg had a plan to limit the size of sugary drinks (soda) to curtail the obesity epidemic.

Coca Cola, in their efforts to save their profits, has taken the offensive by saying that Mayor Bloomberg’s proposal has no scientific evidence proving a connection between obesity and consuming sodas.

A spokesperson (aka “hooker”) for Coca Cola, said that Coca Cola is combating the obesity epidemic through “Diet Coke”.

Unfortunately, that ain’t no where near the truth.

The reality is that aspartame promotes, among many other things, weight gain.

When people switch from Coke to Diet Coke a strange event occurs – addiction.

The free methyl alcohol in aspartame, classified as a narcotic, affects the dopamine system of the brain and causes the addiction.

In addition, the formic acid in aspartame converts to formaldehyde at 86 degrees F. The body’s normal temperature is 98.6 degrees F.

Look what happened in the Persian Gulf. Scores of pallets of diet sodas sat in 100+ degree heat for weeks before the soldiers drank the sodas. They came home drastically ill with our government taking no responsibility for their disabilities whatsoever. And why? Because they were all swimming in that big river in Egypt – De Nile!

In the Trocho Study, it was determined that aspartame would literally kill 200 million people.

What happens is that aspartame affects the frontal lobes making the person irrational and very, very difficult to get off this poison.

What happened in Atlanta, the home of Coca Cola, was quite amazing.

An organic market and health food store distributed thousands upon thousands of negative Diet Cola brochures depicting diet sodas as a biochemical warfare weapon and how it literally kills humans.

Well, a weird thing happened. After about 60 days, people throughout Atlanta that had been going to their doctors for years addressing symptoms that the doctors were clueless about the cause, were suddenly revitalized, and symptom free.

So what is keeping this information from reaching the masses throughout the country?

How about power, deep pockets, and the insane desire to put profits ahead of people’s health?

The cash cow that is raking in millions upon millions is an addictive excitoneurotoxin, carcinogenic, and a genetically engineered drug (yes, DRUG) that damages the cells and tissues of the body that interacts with medicines and vaccines creating a nightmare upon nightmare chemical poison that destroys life and makes one fat.

Don’t assume for a moment that Coca Cola or the other companies that use this poison are not aware of this.

But, do you really think for a moment that a corporation will give up a product that produces enormous profits for them to improve the health of the public when there is an overt plan afoot to reduce the population?

I recently wrote an article that appeared on Natural News about the ultimate conspiracy to reduce the population that was made public by Dr. Steven Day in 1969.

He talked about the demise pill, micro-chipping people, and having unlimited sex without the worry of pregnancy.

Three movies came to fruition from his talk: Soylent Green, featuring the demise pill, 1984, featuring micro-chipping so “Big Brother” could always watch you, and Blade Runner where robots could be made as beautiful women that never aged, always stayed beautiful, and could never bear children.

And now, aspartame, to destroy humanity.

We are living in a world where money is God and people are not only the means to the end, but expendable.

You must take responsibility for you health. If you have symptoms that the cause of which cannot be determined and you consume diet anything, be it aspartame, Splenda, Amino Sweet, or whatever, give ‘er a miss mate!

Stop ingesting it immediately and see what happens within a few months. Remember, it’s easier than doo doo to create the problem but harder than hell to reverse it.

But you must. Your life depends upon it.