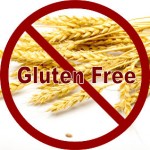 A woman begins noticing that – more and more – she experiences bloating, cramping, and diarrhea not long after finishing a meal. She frequently feels uncomfortable and considers skipping meals to avoid the embarrassment of running to the restroom throughout the day. She might be experiencing gluten sensitivity or gluten intolerance.

In recent years, the term “gluten” has become commonplace, but that doesn’t mean that people really know what it is. Gluten is, simply, the protein found in wheat as well as other grains (such as rye, oats, and barley). Many people seem to be unaffected by gluten, but others simply cannot digest this chewy protein.

Gluten intolerance is caused by the body’s reaction to gluten. The body identifies gluten as an invader, and the immune system kicks in. It creates antibodies to attack the invader, but – like autoimmune diseases – the antibodies wind up attacking the body itself. In the process, antibodies can damage the villi, which are small, hair-like appendages in the small intestine. When the villi are damaged, the small intestine cannot do its job properly, and it fails to properly absorb nutrients from food.

Dr. Al Sears recommends that everyone cuts back on or avoids gluten; he says that, by doing so, people are returning to a more natural “way of eating.” Doing so, he says, will restore the body’s natural digestion; it will also increase energy and “improve focus.” According to Judd Handler, approximately one out of every seven people suffers from gluten insensitivity.

Those who don’t seem to suffer from gluten insensitivity may wonder what the fuss is all about. Gluten intolerance is also known as celiac disease (although there are people who suffer from intolerance but do not have celiac disease), but that’s not all. Left untreated, Sears says that gluten intolerance can lead to diseases such as cancer and thyroid disease, as well as other complications. However, Handler cites Dr. Vicki Petersen as stating that even people who don’t show outward signs of any kind of intolerance may still be suffering from the effects of gluten, whether they realize it or not.

Why are more and more people showing a sensitivity to gluten? Petersen says it’s likely due to the fact that more and more foods contain this protein. Avoiding gluten can help all who choose to cut this protein out of their diet.