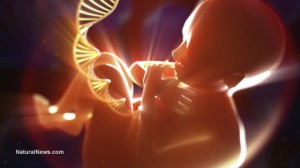 (NaturalNews) The British government has been accused of misleading its people in refusing to acknowledge that babies born through a new controversial in vitro fertilization (IVF) technique will actually be “genetically modified.”

Scientists have said the process will essentially create “GM babies,” because the genetic changes will be passed along to future generations, the paper reported, adding, as edited by GM Watch:

But they claim the Department of Health is wary of the backlash from the word ‘GM’ and so has redefined the term in a document so that the technique of mitochondrial DNA transfer does not fall under the category.

“Of course mitochondrial transfer is genetic modification and this modification is handed down the generations,” Lord Robert Winston, Britain’s leading fertility doctor, told The Independent, another British newspaper. “It is totally wrong to compare it with a blood transfusion or a transplant and an honest statement might be more sensible and encourage public trust.”

Reports said that the new regulations that allow mitochondrial DNA transfer will now be sent to Parliament this fall after a three-month consultation. If they stand, Britain will become the first European country to legalize the process, and more than 100 “three-parent” babies could be born in the country each year.

Under the technique, parents who have abnormally high risks of having children with severe disabilities like muscular dystrophy will be offered the chance to use donor DNA from a “second mother,” in an effort to fix any potential genetic defects.

According to Prof. Dame Sally Davies, the nation’s chief medical officer, since mitochondria act as the power packs of cells, she has likened the technique to “changing a faulty battery in a car.”

About 1 in 6,500 babies are born with a mitochondrial disease each year, The Telegraph reported.

The UK Department of Health has denied that the new technique amounts to genetic modification.

“There is no universally agreed definition of genetic modification in humans. People who have organ transplants, blood donations or even gene therapy are not generally regarded as being genetically modified,” said a spokesman.

“The government has decided to adopt a working definition for the purpose of taking forward those recommendations.”