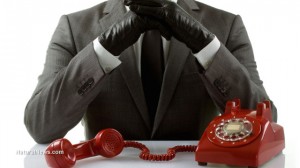 (NaturalNews) Environmental activists are being murdered at record rates, with as many as three deaths occurring per week, according to London-based advocacy group, Global Witness.

A report released last year by Global Witness, found that 185 killings occurred in 2015 – a 60 percent increase over the previous year, and “the deadliest year on record.”

The majority of the murders were committed against activists involved in opposing logging, mining, agribusiness and dam projects, with Brazil’s logging protestors being the most common victims of violence.

In Brazil’s Amazon states – and elsewhere throughout the world – the murderers are being shielded by “collusion between state and corporate interests.”

“In cases that are well-documented we found 16 were related to paramilitary groups, 13 to the army, 11 to the police, and 11 to private security — strongly implying state or company links to the killings. There was little evidence that the authorities either fully investigated the crimes or took actions to bring the perpetrators to account.”

Governments are ‘turning a blind eye’

And, although the Global Witness report finds these trends more prevalent in locations such as South America and Africa, the United States government is also complicit in the persecution of activists, labeling them as terrorists, and using infiltration and illegal surveillance tactics against their organizations.

In fact, many governments throughout the world are not only “turning a blind eye to corruption, illegalities and environmental degradation,” but are also publicly condemning activists as being “anti-development.”

The sad truth is that most of the violence is being perpetrated against indigenous people trying to protect their land from pillaging by loggers, ranchers and plantation owners.

Indigenous people accounted for 40 percent of the total deaths.

Anti-logging activists were the most frequently targeted, but the palm oil industry in places like the Philippines was also responsible for a number of deaths.

From Free Thought Project:
“The top five most deadly countries for environmental activists and land defenders were Brazil, with 50 deaths; the Philippines, with 33; Colombia, with 26; and Peru and Nicaragua, with 12 fatal attacks each.”

Globalization: the human and environmental cost

Globalization has created a whole new level of government and corporate collusion in terms of exploiting resources and crushing any opposition.

The rise of corporate fascism has led to extreme levels of violence and corruption amid the wholesale destruction of entire ecosystems – and, at this point there seems to be little hope of stopping it.

Free trade agreements such as the Trans-Pacific Partnership (TPP) will make it even more difficult to oppose global corporate interests, leaving activists squeezed between legal obstacles and government-sanctioned persecution.

The TPP will weaken regulatory agencies globally, making it easier for corporations to exploit natural resources, and leaving little legal recourse for those who oppose them.

And, as long as governments continue to turn a blind eye to violence against activists, while simultaneously passing legislation favoring corporations, the problem will only continue to grow worse.

Global Witness is calling for the protection of activists and their right to speak out, as well as a full investigation into, and prosecution of, those responsible for the violence.

To find out more about their work, and to join in the struggle against the corruption and violence being carried out by those who wish to exploit the world’s natural resources, visit the Global Witness website.

And, as corporate influence becomes more powerful by the day, it’s crucial for the average citizen to become as self-reliant as possible. Don’t wait for the total collapse of the system; start preparing today.

It’s becoming increasingly clear that our governments do not represent the people anymore, but rather the corporations who get them elected while lining their pockets. And these corporations have shown that they will stop at nothing – even murder – to get what they want.