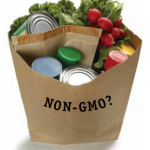 World Food Day on October 16 is being marked internationally by activities showing the lack of labelling on GE foods, and a push against GE foods by events such as Right2Know and Millions Against Monsanto.(1,2)

Seventy different (GE) food lines and many GE food additives have been approved for New Zealand consumption by Food Standards Australia New Zealand (FSANZ), with no GE food applications having been turned down, although risks to human safety have been shown in animal feeding studies.(3)

Labelling of foods containing GE ingredients in New Zealand is practically invisible although GE soybean imports from the USA and Brazil have increased significantly and are widely used in processed foods including breads.

“USA consumers are calling for legislation to cover GE foods. New Zealand has such legislation, but it is not enforced,” said Mr Browning.(4)

“NZFSA has the role of ensuring foods containing GE/GM are labeled in accordance with the standard in the Australia New Zealand Food Standards Code, but is hopeless at monitoring it.”

“When was there a comprehensive study taken by NZFSA to ensure consumers have the choice between GE and non-GE in their diets?”

“New Zealand should follow the Cypriot Parliament’s lead that gives consumers the choice of whether or not to eat GE foods, especially as reports casts doubt on GE food safety,” said Mr Browning.

The Cypriot Parliament passed a bill in April that will has GE foods placed on separate shelves to non-GE foods, and a French report showed weaknesses in GE food safety evaluation, and pointed to possible kidney, liver and reproductive health concerns. (5,6)

“Democracy, despite pressure from the USA, has led to the people of Cyprus getting the type of consumer choice that New Zealanders should be able to expect.”

“GE foods, of which New Zealand allows approximately 70 different GE lines, spread through numerous processed products, must now be displayed on separate shelves in supermarkets and shops in Cyprus, with strong fines for non-compliance. The Cypriots are serious.”

“FSANZ has yet to turn a GE food application down, despite growing concern over GE food safety and flimsy food safety studies. Independent studies show very real risks but the same regulators that take decades to ban now discontinued pesticides continue to protect trade interests ahead of consumers.”

“The latest Seralini report uses available data to show that the European Food Safety Authority (EFSA), that FSANZ and NZFSA look to, is not testing adequately for health risks from GE foods.

Soil & Health – Organic NZ has an Organic 2020 vision similar to the USA and Cypriot consumers protesting today. It is for a GE Free food and environment with clear choice of what is consumed.