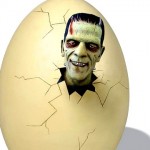 If you had any doubts about where the Bill and Melinda Gates Foundation is really placing its bets, AGRA Watch’s recent announcement of the Foundation’s investment of $23.1 million in 500,000 shares of Monsanto stock should put them to rest. Genetic engineering: full speed ahead.

If you are one of those people who believes the axiom that Monsanto is the farmer’s friend (and the corollary, that its climate-ready, bio-fortified GMOs can save the world from hunger) you will not be surprised, disappointed, or find any conflict of interest in this investment.

But if you are part of the growing population who gets their information about GMOs from scientists who are not beholden to corporate funding, has a problem with anti-trust issues, or is getting queasy about the increasing monopoly power of philanthropy capital… it’s time to say the Emperor has no clothes.