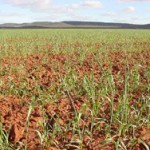 (NaturalNews) The mainstream media reports almost nothing about the downside of GMO farming. Only the propaganda of creating more agricultural abundance cheaply is broadcasted. A short video documentary “Farmer to Farmer: The Truth about GM Crops” offers a glimpse into the undisclosed downside reality of GMO farming.

Michael Hart has been a commercial farmer in Cornwall, England for thirty years. He is not an organic farmer, but he is a proponent of agricultural diversity from family farms. He wants the EU to avoid the GMO seed/herbicide trap.

His recently produced short documentary focuses on American farmers, who have bought into the biotech industry’s propaganda of higher yields with less overhead. The farmers he interviewed underscore the same theme: Monsanto has trapped them into a financial system of patented seeds and herbicides that have resulted in faltering crop yields with higher operating expenses.

Major Points Discussed in the Video

Monsanto sells its Roundup herbicide specifically for its Roundup Ready GM seeds. It’s part of a rigidly enforced deal. The deal is sold with the promise that one post emergence pass (spraying after plants emerge) of Roundup will be sufficient for high crop yields of Monsanto’s patented Roundup Ready GMO seeds.

At first this appeared to be the case. But within a short time, Roundup resistant weeds began sprouting. Different combinations of tank mixed herbicides had to be contrived and purchased in addition to Monsanto’s contractually required Roundup herbicide. Monsanto even sold tank mixed herbicides as well.

Not only did one pass not work, but farmers also attested to different combinations of herbicides with several passes, which included pre-emergence and post emergence spraying to manage their crops. The new weeds had become a plague. And GMO crop production wound up demanding even more pesticide applications than non-GMO commercial farming.

Because the biotech industry now funds most agricultural university research, the farmers are concerned about the lack of attention toward developing better pesticides that would minimize spraying. When the composite chemical tank pesticides don’t do the job, Monsanto advises farmers to pull weeds by hand. Many crop fields are well over a thousand acres!

GMO farmers are contractually barred from saving seeds for future crop planting. This violates a centuries old custom. They have to buy new GMO seeds from Monsanto for every new crop planting. A non-GMO farmer can save seeds to raise new crops. Even if GMO seeds are cheaper, in the long run the non-GMO farmer saves money since he’s able to use seeds saved from prior plantings many times over.

Even so, prices for non-GMO seeds have increased substantially as public (not patented) seeds are being crowded out of the market with Monsanto’s government granted ability to patent seeds that are not genetically modified. Farmers hire professional seed cleaners to clean and sort their saved seeds. Monsanto harasses seed cleaners to ensure they are not mixing Monsanto’s patented seeds with farmers’ saved seeds.

American farmers realize the co-existence of non-GMO fields with GMO fields is impossible. They’ve had to learn the hard way that cross pollination and seeds carried by wind and migrating birds contaminate their non-GMO fields. And Monsanto uses patent law to prosecute farmers, who have been unwittingly contaminated by nearby GM fields belonging to other farmers. This type of intimidation forces non-GMO farmers out of business.

Michael Hart has vowed to promote GMO resistance to EU farmers. Beyond Hart’s mission, health freedom activists, who are concerned about GMO threat to human health, should consider including disgruntled GMO and non-GMO commercial farmers in an international coalition of GMO resistance.

You can view the Farmer to Farmer video here:http://www.youtube.com/watch?v=jEX6…