Biotechnology giant Monsanto is suing one of its largest rivals, DuPont, for what the company says are violations of a licensing agreement established between the two firms back in 2002. And at the very same time, DuPont is suing Monsanto for allegedly, illegally withholding important details from the federal patent office about its Roundup Ready trait, as well as for allegedly engaging in anticompetitive business practices that restrict competitive agriculture.

Many people are unaware of this, but DuPont’s Pioneer Hi-Bred division, which produces seeds, several years ago tried to develop its own genetically-modified (GM) soybean product known as Optimum GAT that was intended to rival Monsanto’s Roundup Ready GM soy product. When the original Optimum GAT product failed to perform as intended; however, DuPont decided to add Monsanto’s Roundup Ready trait onto Optimum GAT’s existing glyphosate-resistant trait, a fact that did not come to light until 2009. 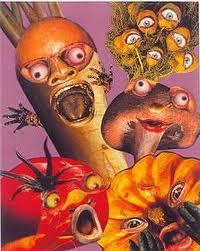 Once DuPont’s trait-blending activity became public knowledge, Monsanto initiated legal action against DuPont for allegedly using its own Roundup Ready trait in violation of the established licensing agreement between the two companies, which prohibited DuPont’s creation of a GM soy product containing multiple GM traits. According to Monsanto, DuPont illegally used the Roundup Ready trait without a license in hundreds of seed lines back in 2008.