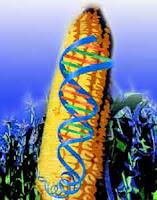 In a riveting victory against genetically modified creations, a major biotech company known as Syngenta has been criminally charged for denying knowledge that its GM Bt corn actually kills livestock. What’s more is not only did the company deny this fact, but they did so in a civil court case that ended back in 2007. The charges were finally issued after a long legal struggle against the mega corp initiated by a German farmer named Gottfried Gloeckner whose dairy cattle died after eating the Bt toxin and coming down with a ‘mysterious’ illness.