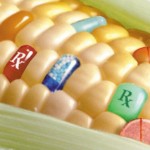 Those still in denial about the connection between the so-called “humanitarian” efforts of the Bill & Melinda Gates Foundation, and the bigger agenda to thrust genetically-modified organisms (GMOs) on the populations of the world (among other things), need look no further than the Golden Rice Project (GRP) for proof that things are not as they seem. Hailed as the solution to “micronutrient deficiencies in developing countries,” GRP is actually nothing more than an attempted Trojan horse to usher GMOs into countries that have thus far rejected them.

According to a recent story published by Food Consumer, the Bill & Melinda Gates Foundation has donated $20 million to develop “golden rice,” a type of GM rice that allegedly contains higher than normal levels of vitamin A. Monsanto, creator of this “Frankenrice,” claims the crop will help end the epidemic of vitamin A deficiency (VAD) that afflicts many living in poor Asian countries. Sounds great, right? Except for the fact that introducing the rice threatens to actually worsen the VAD crisis, and promote economic and ecological debacles of epic proportions.

“Golden rice is a Trojan horse for pushing through GE-friendly biosafety regulations under the guise of humanitarian aid,” reports Food Freedom. “Once in place, these regulations open the door for the biotech industry to bring in commercial, patented GE crops; USAID and Monsanto accomplished exactly this in Kenya with their sweet potato project.”

Monsanto repeatedly uses the same strategy to sneak its Frankencrops into poor countries. It grabs hold of a food or agriculture crisis, and claims it has the solution. Its solution, of course, is always the same — persuade farmers to adopt its patented crops, and lock them into a system where they must rely on Monsanto for expensive pesticides and the yearly purchase of new, self-destructing GM seeds.

The real solution for poor countries — including those in Asia that are stricken by high rates of VAD — is to increase their agricultural biodiversity, and cultivate an enhanced system of small-scale, family-owned farms that produce a variety of nutrient-rich, natural foods.