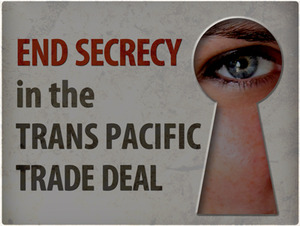 MPs demand public disclosure of details about Malaysia’s stand in the negotiations.

PETALING JAYA: Opposition politicians today asked Putrajaya to lift the veil of secrecy on the position that Malaysia is taking in the Trans Pacific Partnership (TPP) free trade negotiations.

DAP’s Charles Santiago, the MP for Klang, called for a parliamentary select committee to consider the issue.

“All my questions pertaining to TPP have gone unanswered in the Parliament,” he said. “The issue must be debated as it involves public interest.”

The question of whether Malaysia will join TPP is expected to come up at the Asia-Pacific Economic Cooperation (Apec) meeting next week. Reports have said that the negotiations are at an advanced stage and Malaysia is close to joining the pact.

TPP is a multilateral free trade agreement aimed at liberalising the economies of countries in the Asia Pacific region. It is an expansion of the Trans-Pacific Strategic Economic Partnership, which Brunei, Singapore, New Zealand and Chile signed in 2005. The countries negotiating to join TPP include Australia, Peru, Vietnam and the United States.

Santiago said some clauses in the agreement could undermine Malaysia’s sovereignty.

He picked out a clause on “state-investor dispute mechanism” and said this allowed investors to drag Malaysia into international arbitration should the country enact a law unfavourable to them.

He noted that the governments of Thailand, Indonesia and the Phillippines were never shy about disclosing to their publics what they discussed in their free trade negotiations.

“But the Malaysian government seems to be keeping everything close to its chest and even MPs are oblivious about what stage of the negotiations we are in now,” he said. “We seem to be caving in to the pressures by the developed nations.”

Parti Sosialis Malaysia’s treasurer, A Sivarajan, called on the government to abort its plan to join TPP.

“Our stand is the pact is bad for Malaysians,” he said. “Even without it, we can continue doing business with the Americans and the Europeans,” said Sivarajan.

He said TPP would benefit only the rich nations; the absence of import duties, for example, would encourage them to overwhelm the Malaysian market with their agricultural products.

“With better financial backing, the foreigners could offer competitive prices for their products. That will kill off our local farmers and cause unemployment.”

Sivarajan said International Trade and Industries Minister Mustapa Mohamed should be responsible enough to educate the public on the disadvantages of the agreement.

“Officials from developed nations are required to inform their respective august houses on the progress of the TPP talks for public scrutiny,” he said.

“However, our government doesn’t hold such sessions. Even a public consult was not done prior to participating in the talks.”