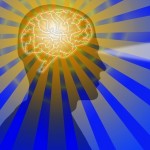 In a world where national sovereignty is rapidly becoming a thing of the past, announcements that the United Nations will be taking the lead on any variety of topics is no longer shocking. Indeed, there is a real push across the world to view the United Nations as the ultimate authority on virtually every issue, from human rights to nutritional content in food.

Through decades of propagandizing, the United Nations has developed an undeserved reputation for humanitarianism and democracy. As a result, the vast majority see the United Nations as a benevolent organization which they can call on to defend human rights in their home countries. Unfortunately, national sovereignty rarely enters into the equation anymore, as the average citizen tends to look straight to the United Nations to address their concerns, bypassing their own governments.