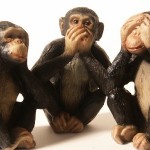 Psychological repression: the cause of the government’s misdirected use of force

Monday, August 08, 2011 by: Mike Bundrant
(NaturalNews) America is at a crossroads and we aren’t handling it well. Years of greed, immaturity, short-sighted decisions and plain ignorance are gaining ground on us, like so many lies that contradict each other. Inevitably, the house of cards must come tumbling down. Facing up to our massive mistakes and owning our insidious, slimy ways of governing ourselves is unlikely to happen without a major catastrophe. To understand why, let’s turn to basic individual psychology.

When faced with the consequences of their own horrible choices, what do most people do? You got it. They defend themselves as if their life depended on it. The capability of admitting we are categorically wrong is a virtue that is owned by precious few. Of course, owning our mistakes, no matter how egregious, is a ticket to health, healing and massive personal empowerment. Only after we see and admit that we caused the problem in the first place do we empower ourselves to cause the solution.

Sadly, the majority still tends to repress the truth and argue our worthiness with a vengeance. Only when we are left with no other options do we finally admit what’s really going on. Usually, this involves a significant external event, like getting caught red handed. (Tiger Woods? Any number of high-falutin preachers caught with prostitutes? Their humble apologies only come when there is nowhere else to hide.) Amazingly, even the worst kind of pressure (impeachment) still doesn’t move some to cough up the truth.

Repressing the truth is daily fare for millions. I recently met with the board of a diabetes-oriented organization and asked them to define the number one obstacle in the way of their growth. The answer was quick and simple: Denial. People don’t want to own up to the fact that their lifestyle has caught up with them. Only when they are losing their legs do they wake up and admit something is wrong. Then, it’s often too late to save their life.

It’s scary to consider that individual catastrophes are the number one catalyst for personal change, if personal change is to happen. It’s even scarier to think the same is true on a cultural level.

Perhaps worst of all is what happens along the path of denial.

As we defend ourselves, we tend to get aggressive. Most often the aggression is emotional, but sometimes it takes the form of physical violence and the oppression of those who attempt to shine the light upon us. Caught in the crosshairs of the truth and the evidence against us, we lash out. In time, defensiveness can become the default with which we approach life. In essence, we learn to approach every situation “ready for battle.” This is a classic cause of many overreactions. When we are armed, dangerous and hyper-alert for any accuser, even the slightest mention that we might be responsible for anything can set off massive retaliation.

How does this relate to the misdirected use of force by the government? Just think of the government as an individual and it makes perfect sense. For decades this Individual has been guilty of abusing power. It has hidden its agenda and corrupted the due process with which the People have entrusted it. The government has sought to protect its own power at the expense of the People, willing to subject people to wars, poison, poverty and neglect in order to please those at the top. Now, the irresponsibility of a few has become something not so easily swept under the rug.

The pressure is mounting and the powers that be are restless. It appears that simply not going along or doing something different, even though it is safe and healthy, is enough to set off retaliation, such as the case with Rawesome Foods. From here, we can expect to see increased and more sophisticated denial, as well as increased lashing out against those who don’t cooperate with the illusion that nothing is wrong. Participating in the illusion – endorsing the denial – is the default for most people and will save you from becoming an immediate target. It represents the path of least resistance, blindly followed by many. The path of least resistance ends with a cliff, though. And this is the problem. It may take walking right off that cliff before the truth is acknowledged.

Instead of blindly following along like bozos, let’s wake up. What if we became better individuals, strong enough to see the truth and not shy away from it? What if we developed the character to face our worst fears, admit our mistakes individually and live our lives with utter honesty and clarity? What if we took charge of our individual destiny like never before? Would we not be less likely to be pushed around by the fat cats? Wouldn’t we be happier in our day-to-day existence as well? Isn’t thinking for ourselves its own reward?

This level of honesty and character comes at a price. The price, specifically, is the willingness to look at ourselves, individually, and see the truth, considering all of our actions. When we do so consistently, the exacted price, however, transforms into an investment that pays dividends for a lifetime.