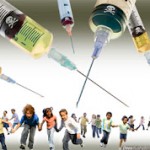 In their quest to undo what is natural and good, the globalists have launched a war on children.  This war against children and innocent life is very real and must not be confused with contrived fake wars like the war on terror, war on drugs, and war on cancer.

Recently a paper entitled After-birth Abortion: Why Should the Baby Live? was published in the Journal of Medical Ethics. It argues that abortion should be extended to make the killing of newborn babies permissible, even if the baby is healthy.  The paper is another example of how the Rockefeller medical establishment is dominated by a eugenicist mindset.

Both fetuses and newborns do not have the same moral status as actual persons…  Killing a newborn should be permissible in all the cases where abortion is, including cases where the newborn is not disabled… Merely being human is not in itself a reason for ascribing someone a right to life. Indeed, many humans are not considered subjects of a right to life: spare embryos where research on embryo stem cells is permitted, fetuses where abortion is permitted, criminals where capital punishment is legal.

Not to be outdone by science fiction, new legislation in Australia is paving the way for children of any age to consent to sterilization without parental consent. The Bill states that if a psychiatrist determines that a child under the age of 18 years is ‘sufficiently mature’, they will be sterilized without any parental consent. There is no minimum age requirement so long as the child is deemed ‘mature’ enough by a psychiatrist.