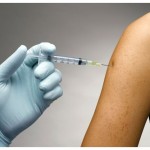 With the flu season ramping up, many are looking to vaccination as a “preventive” approach. Those who abstain are often accused of being uneducated, or worse, socially irresponsible.  Nothing could be further from the truth.

As it presently stands, it is not sound medical science, but primarily economic and political motivation which generates the immense pressure behind mass participation in the annual ritual of flu vaccination.

It is a heavily guarded secret within the medical establishment (especially within the corridors of the CDC) that the Cochrane Database Review, which is the gold standard within the evidence-based medical model for assessing the effectiveness of common medical interventions, does not lend unequivocal scientific support to the belief and/or propaganda that flu vaccines are safe and effective.

To the contrary, these authoritative reviews reveal there is a conspicuous absence of conclusive evidence as to the effectiveness of influenza vaccines in children under 2, healthy adults, the elderly, and healthcare workers who care for the elderly.