(NaturalNews) Rapidly flashing lights and other fast-moving visual effects in movies, television, and video games can trigger sudden epileptic seizures and other neurological disorders in humans, and a recent warning by an epilepsy group confirms this. According to the Baltimore Sun, the Maryland-based Epilepsy Foundation recently issued a warning about the new, hit movie Breaking Dawn, which is part of the Twilight series, that essentially proves popular media’s ability to reprogram brain neurology. 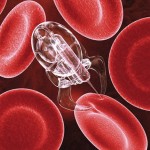