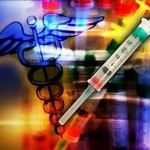 In this interview, you’ll hear Dr Humphries talk about vaccines, including:

* Why she became concerned about vaccines after noticing kidney failure in patients who recently received vaccines.

* Why vaccines are often contaminated with unknown viral strains, and why the vaccine industry has covered up known vaccine contamination (and knowingly sold contaminated vaccines to be used on the public).

* Why the entire vaccine industry needs to be questioned, and why a new effort is needed to scientifically assess whether vaccines are really safe or effective.

* Why the fairy tale that “vaccines eradicated polio” is a false mythology — here’s what really happened.

* Why the “smallpox” vaccine has never been proven to be effective against smallpox at all.

* Why vaccine industry research is extremely flimsy and ignores rigorous standards of scientific evidence. (Using improper placebos designed to minimize the appearance of side effects, for example.)

* Why the vaccine industry won’t test vaccines versus unvaccinated children (they’re terrified of the results).

* Why children caught up in outbreaks of measles are often the very same children who were vaccinated against measles!

* Why vaccines may actually suppress the immune system and cause increased vulnerability to future infections.

* Why many childhood infections such as chicken pox are perfectly natural, normal and even HEALTHY.

* Why the outlandish and unscientific behavior of the vaccine industry is causing an erosion of credibility across all “science.”

* Why many of the people engaged in pushing vaccines have financial ties to vaccine companies.

* Why the vaccine industry is utterly unwilling to tolerate anyone asking intelligent questions about the safety of vaccines.

Dr Humphries is one of the signers of the groundbreaking new document just released by the International Medical Council on Vaccination, called VACCINES: Get the Full Story: http://www.naturalnews.com/Vaccin