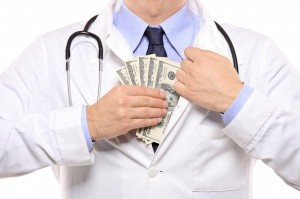 Wednesday, August 15, 2012 by: Willow Tohi
Prozac. Cialis. Cymbalta. If you have a television or read magazines, you’ve heard of their drugs. Eli Lilly, out of Indiana, makes billions of dollars every year off the sale of their patented chemicals, which are used to suppress the symptoms of disease in the human body. Founded by a chemist in the late 19th century; today the pharmaceutical giant has offices in 18 countries, and its products are sold in 125 countries, with revenues exceeding $20 billion annually.

Most of their arsenal is available in other countries for much less money than it is here in the United States, as is the case with most prescription medication. The reason, the pharmaceutical industry claims, is that the health care systems of other countries demands affordable medication, and they need somebody somewhere to foot the research bill, so they can get the next patents lined up before others expire, allowing generic versions of their drugs to become available on the market. That leaves us Americans, with our broken healthcare system, footing the bill of their continued financial success.