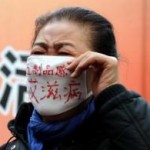 In Southeast Asia, specifically Thailand, an AIDS-like “virus” has been found in people that are not infected with HIV. Those infected have their immune-system compromised. Health officials say that this new AIDS “virus” is not contagious, which begs the question: how did these people come down with this new strain of AIDS?

This infection does not spread the same as AIDS does, according to Dr. Sarah Browne, scientist with the National Institutes of Health (NIH) National Institute of Allergy and Infectious Diseases. Browne led the team of researchers in Thailand and Taiwan where the disease made its first appearance.

The disease appears to be directed at people of Asian descent; even those living in the US.

Browne has concluded that the new AIDS causes those infected to produce autoantibodies that block interferon-gamma, a chemical signal that assists the human body in fighting infections. The new AIDS targets this chemical and leaves the victim unable to fight off any infection – leaving the person vulnerable to developing deadly sicknesses from even the common cold.

Browne is touting this new AIDS as “adult-onset” because “we do not know what’s causing [people] to make these antibodies.”

In 1962, the US Senate received a report concerning chemical and biological warfare. This is the government contract where HIV-like and Ebola-like viruses were bio-engineered by the US military and the bioweapons contracting lab Biomedics. They were producing viral cancer in monkeys that could then be used through genetic engineering to infect humans.

Robert Gallo, working with the National Cancer Institute, was part of this project. Millions of people are dying from this US sponsored government project to depopulate certain groups of people because of their ethnic heritage; and the US Congress knew about it, and endorsed its use.

Scientific teams from various institutions like the Scripps Research Institute, the Rockefeller University, NIAID’s Vaccine Research Center and Duke University are closely following how they can use the human body’s immune system against the array of HIV strains that keep popping up. In the sub-Saharan region of Africa, drug resistant forms of HIV are being found which leave current treatments ineffective.

HIV vaccine trials conducted by Merck in 2007 actually made those who took the vaccine more susceptible to the disease. Then in 2009, human experiments in Thailand pointed to drug corporations toward a powerful vaccine that utilized immune system generated anti-bodies as the answer to their dilemma.

New vaccines focus on tricking the human body to reject the HIV/AIDS virus by manipulating the immune system. This mutation is suspected to be able to assist the human body in identifying and neutralizing the virus.

The pharmaceutical giant Merck, along with the US Military HIV Research Program has been attempting to pioneer the HIV vaccine industry with trials in 2007. This has prompted the study into the human immune system and how to effectively manipulate its functions.

Merck are returning to Thailand and the scene of their human experiments in 2007 to trial study a new HIV immunization that will combine two separate vaccines. Johnson&Johnson are joining with Merck, the National Institutes of Medicine and other bio-technological corporations that specialize in researching the viral effects of genetically engineered viruses on the human and animal immune system.

With funding from the Gates Foundation, Wellcome Trust, National Institutes of Health and the European Union, HIV research and studies into vaccines will be able to have assistance from groups like the Global HIV Vaccine Enterprise. According to an annual volume of the Special Cancer Virus Program , human experimentation with cancer-causing and immunosuppressive viruses is essential.