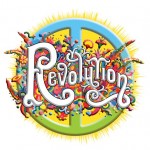 A dissenting public is one of the only forces capable of removing the existing establishment from power, so if there is one thing that they are afraid of, it is revolution. Since it is their livelihood at stake, they have been planning for a revolution scenario for many generations. There are a myriad of time-tested political maneuvers that those in power use to maintain the status quo, some of which I discussed in my earlier essay Tricks of the Trade. Those tricks are all being fully employed during the current Occupy Wall Street protests, but even the very negotiation process that is beginning to develop is slanted to favor the establishment.

This is because immediately after the movement began the media, politicians and corporations set up their dialogue with the protesters in a political context. In other words, they were establishing that politics would be the method that was ultimately used to resolve this conflict. A trap has been set, so if we decide to take the bait and ask the government to solve problems that they were complicit in creating in the first place, then we have already lost.

The political system is a weapon that the establishment uses against the working class. Every single time that this weapon is used, regardless of pretense, the working class moves closer to tyranny and farther from liberty. Whenever the government passes new legislation that is apparently aimed at helping the poor and downtrodden people of the nation, there is always an ulterior motive; typically one that benefits the ruling class and throws the working class towards deeper oppression. Activist Vandana Shiva articulated this point quite well in one of her books, saying “In every scheme that worsens the position of the poor, it is the poor who are invoked as beneficiaries.” [1]

It’s interesting that one of the main issues being discussed in the Occupy Wall Street movement is that of corporate personhood. It’s very ironic because this horribly oppressive political situation was brought about under these kinds of false pretenses that I have been describing. In 1868, just a few years after Lincoln’s assassination, Congress passed the 14th amendment which was designed apparently to give rights to freed slaves. However, the specific language of this amendment laid the foundation for further oppression and corruption. While freed slaves did technically receive some kind of citizenship on paper through this act they were still very much treated as second-class citizens, and it took almost a whole century of struggle to finally attain the equal rights that they deserved.

What is very sneaky about the 14th amendment is the issue of corporate personhood. This was a point that corporate lawyers concealed within the language of the amendments to give corporations more legal power in the courts. The corporate personhood clause states that corporations deserve the same rights that are guaranteed to a “person” or “citizen” protected under the Constitution. Since this act was in place corporations have been legally considered a “person” in the court of law. This was such a serious implication because now the people that are actually behind the actions of the “corporation“ can no longer be held accountable for the crimes they commit in the name of said corporation. This kind of idea is not new, this has always been the policy preferred by the ruling class, as it allows them to commit atrocities and get away with it. In the 18th century in the parliament of England Edward Thurlow said “Corporations have neither bodies to be punished, nor souls to be condemned; they therefore do as they like.”[2]

Thurlow was as right then as he is today, if people that run corporations are not personally held accountable for the actions they commit at the head of that corporation, then they will take advantage and do whatever they want. The same goes for government as well; governments and corporations are both proxies which the ruling class hides behind to avoid public scrutiny and legal punishment.

There’s nothing wrong with owning and running a “business” or a “company”, entities which are completely different from a corporation. A corporation is an entity which is legally protected and subsidized by the government, while a company is a privately owned business that depends on its reputation to survive, instead of special privileges and handouts. When the government talks about “regulation” they are typically ignoring the major corporations, but regulating their competition. These conditions result in a situation that many refer to as “corporate welfare”.

It became apparent early in the 20th century that the 14th amendment was passed more so for the corporate interests than for equal rights. By 1910 there were 307 cases brought before the judicial court in which the 14th amendment was cited, 19 of them cases were freed slaves fighting for equal rights, while 288 of them cases were corporations delegating for legal position. This legal loophole allows corporations to claim the same rights as a human being, which in turn undermines any checks and balances in place and makes it impossible to hold anyone accountable in the industry. This is one of the major reasons why we have monolithic monopolies in the energy, food and medical markets.

Through the course of American history the elite has consistently pushed for protections for their corporations and extension of their powers. Meanwhile, the individual rights of citizens have been relentlessly attacked and continue to dwindle as time passes. These corporate entities are not productive self-established businesses, but are simply subsidized arms of the state. So there you have it: a piece of legislation that was supposed to free slaves ended up being one of the main reasons that we have a corporate class that is above the law The issue of corporate personhood illustrates just one government manipulation among many — deception is commonplace in the media, in politics and in banking.

The Occupy Wall Street movement could very well be the spark of a beautiful peaceful revolution for this country and for the world, but only if we refrain from playing politics and use this as an opportunity to educate our neighbors and send a message of defiance to our oppressors. In order to be successful, this must be like no other revolution that has come before it. We cannot hope to achieve freedom by using a political system that is proven to be corrupt and rigged against the rights of individuals. Likewise, we can never hope to bring about a world of peace through the use of institutionalized violence. A successful revolution will be centered around awareness and education, aimed at getting the majority of the society involved in creating a whole new, radically different social structure that adheres to non-aggression principals and defends the rights of the individual.

J.G Vibes is an activist and artist who has been studying occult history, theology and government for most of his life. In 2007 he began hosting electronic dance music events and establishing Good Vibes Promotions as a respected name in the counter culture. It wasn’t until 2008 that he began to fuse his philosophic ideas with his events, this was around the same time that he began writing and putting together the plan for his book Alchemy of the Modern Renaissance. Since then he has established a record label and a website that hosts a wide variety of activist information that is frequently updated. www.goodvibespromo.com