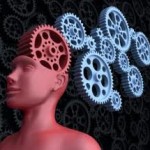 Pavlov, the behavioral scientist, discovered that when he paired a neutral object with something desirable, eventually the subject would manifest the same physiological response to both. He paired food with a ringing bell. That is, he presented a dog with food while ringing a bell. After a while the dog would salivate at the sound of the bell, even though no food was present. This is called “Classical conditioning” and it is also a very powerful weapon in the hands of the Satanic Psychopaths that run this world of ours.

Let’s return to our interview with the “Melbourne Man”, a leading Satanist/Communist in 1940’s Australia. I quote:

“I asked, “How will you condition them?” He then explained, in detail, the basic conditioning tools. They included diet, drugs, music, movies, education, etc.

He described how diet (the basic elements of life, food and water) could be a major desensitizing and conditioning instrument. The Melbourne man said that by using additives and special formulas, by changing plants and animals, the diet of the people leaves them submissive and easily controlled.

When that man told me that the materials, systems and procedures were already in place in 1947, my farm-boy mentality refused to accept it. Especially when he explained drug addiction. He outlined how drug addiction changes personalities, making them so dependent that they will agree to anything to satisfy their needs. I protested that people will not allow themselves to be manipulated that way. He just laughed and said, “Mr. Law, you’re such a child. Wait and see.”

I did not see how music could be used. The man then described “melodic dissonance” for me, in detail. He told of the conditioning experiments of the Russian scientist Pavlov in communist Russia, using dogs and metronomes. Pavlov found that he could condition a dog to salivate when a metronome beat at 60 beats per minute. Then he learned that he could condition the same dog to never produce saliva when the metronome beat at 120 beats per minute. (Source)

In another experiment with the same dog, Pavlov had both metronomes beating at the same time, one at 60 beats, the other at 120 beats per minute. The conditioned dog was required to do two totally opposite functions at the same time. This produced nervous shock, and the dog collapsed, unconscious.

Next, with the same dog, Pavlov had the 60-beat metronome suddenly jump to 120 beats per minute. At the same instant, the 120-beat metronome dropped to 60 beats per minute. This produced a melodic dissonance. When the metronomes were switched back and forth rapidly, the dog became so distressed that it died. In communist Russia, these experiments were then extended to humans, with similar results.

I could not understand such a phenomenon in 1947. But years later, when I first heard “rock & roll”, everything flashed back to 1947; I realized that the Australian did know that it would be a powerful tool for their conditioning plan.

The Melbourne man said they had already begun “behavior modification conditioning” in government schools, using audio-visual programs. When they introduce their messages, beginning in preschool, the results are intense and permanent. Now let’s look at other applications.

Now let’s pair the two together with a song that has a rythm that plays at 60 beats per minute and lyrics or lead guitar that is playing at 120 beats per minute. The target would experience both sexual arousal and great anger/rage at the same time. The very basis for sexual aggression and “date rape”.

Or, perhaps we pair suicidal images and lyrics to a melody playing at 40 beats per minute. We condition the target to revisit these images whenever a similar beat is played. Pretty soon we are all conditioned so that we “Don’t Fear the Reaper” or we start looking for Ozzie’s “Suicide-Solution”.

You need to be aware of these influences upon your independent thinking. The social practices you witness and participate in are not the natural evolution of social human behaviour. They are mind control techniques practically applied to the masses to induce the same conclusions and actions unknowingly among the population in such a way that you think you are free and your opinion has been arrived at by you independently to everyone else.

This is called illusion and you ARE a victim. Your only solution is to remove your self from these influences as far as possible and listen to alternative news and associate with those among society that are also aware of the true situation.

There is a psychological war going on and you are in it; whether you like it, admit it or not.

So wake up and fight for your sanity!