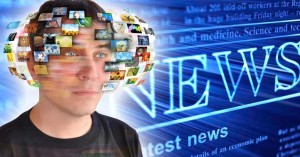 Corporate ownership of 90 percent of media outlets in the United States has made the term ‘mainstream journalist’ quite the oxymoron, but the Washington Post’s newest project eliminates ‘journalist’ from the equation entirely — robots are now writing the outlet’s ‘news.’

“‘Heliograf,’ which was developed in-house, automatically generates short, multi-sentence updates for readers,” the Post proudly announced Friday, as if the news organization couldn’t predict the collective American jaw-drop at the notion a computer could simply replace a longstanding tradition of actual journalism.

With an increasing segment of the public already concerned by the concentration of corporate ownership of the nation’s media sources — as of four years ago, just six corporations owned 90 percent of all radio, television, and cable news outlets in the country — bringing a robot into the picture likely won’t quell those anxieties.